After months and months of rumors it’s finally been confirmed that ride-hailing giant Uber is picking up its Middle East rival Careem in an acquisition deal worth $3.1 billion — with $1.7BN to be paid in convertible notes and $1.4BN in cash.

Careem was founded as a ride-hailing rival to Uber in 2012 but has since diversified its business to include offerings such as food and package deliver, bus services and credit transfers — bolstered via acquisitions of its own, such as RoundMenu and Commut (both announced last year).

Uber writes that it expects the transaction to close in Q1 2020, pending applicable regulatory approvals.

It says it will acquire all of Careem’s mobility, delivery, and payments businesses across the greater Middle East region, which it notes ranges from Morocco to Pakistan. Major markets are stated to include Egypt, Jordan, Pakistan, Saudi Arabia, and the United Arab Emirates.

This is an important moment for Uber as we continue to expand the strength of our platform around the world. With a proven ability to develop innovative local solutions, Careem has played a key role in shaping the future of urban mobility across the Middle East, becoming one of the most successful startups in the region. Working closely with Careem’s founders, I’m confident we will deliver exceptional outcomes for riders, drivers, and cities, in this fast-moving part of the world.

While Careem CEO and co-founder, Mudassir Sheikha had this to say in another supporting statement:

Joining forces with Uber will help us accelerate Careem’s purpose of simplifying and improving the lives of people, and building an awesome organisation that inspires. The mobility and broader internet opportunity in the region is massive and untapped, and has the potential to leapfrog our region into the digital future. We could not have found a better partner than Uber under Dara’s leadership to realise this opportunity. This is a milestone moment for us and the region, and will serve as a catalyst for the region’s technology ecosystem by increasing the availability of resources for budding entrepreneurs from local and global investors.

Upon closing, Careem will become a wholly-owned subsidiary of Uber — and will continue to operate under its own brand, with Sheikha leading the Careem business.

There is some overlap in regional market operation currently. So it remains to be seen whether both brands will continue to operate in cities such as Cairo or Casablanco indefinitely — or whether Careem might ultimately prevail as the selected brand for Middle Eastern and select Asian markets.

On this an Uber spokeswoman told us: “Nothing changes until the transaction is closed in Q1 2020 per regulatory approval. Following that, we will operate as two separate brands in all the markets we operate in.”

Initially it certainly sounds like there’s no plan to make major market changes, with Uber emphasizing that the pair will operate their respective regional services as well as independent brands.

It’s possible that’s intended to try to reassure regulators that competition and innovation will not suffer from the merger.

Uber describes the acquisition as a marriage of its “global leadership and technical expertise with Careem’s regional technology infrastructure and proven ability to develop innovative local solutions”, suggesting the acquisition will support enable the pair to offer “diverse mobility, delivery and payment options”, while bolstering regional transportation infrastructure “at scale”.

“It will speed up the delivery of digital services to people in the region through the development of a consumer-facing super-app that offers services such as Careem’s digital payment platform (Careem Pay) and last-mile delivery (Careem NOW),” Uber further suggests.

Uber also claims the acquisition will support an expansion in the “variety and reliability” of services offered, touting a “broader range of price points” for ride-hailing consumers, while claiming too that drivers working for the two brands should expect an increase in trip growth and “improved services” supporting better work opportunities and “higher and more predictable earnings” by making better use of their time on the road.

Albeit they would say that wouldn’t they. And certainly it remains to be seen how consolidation of the two regional ride-hailing rivals will have a positive impact on — for example — consumer prices for such services in the region.

In a memo to Uber staff obtained by CNBC, Khosrowshahi couches the move as a “big leap” for Uber, pointing to strong growth in markets such as Pakistan and other regional developments such as Saudi Arabia opening up to women drivers as putting wind in ride-hailing’s sails.

On the structural decision to allow Careem to maintain an independent brand and operate separately, he says this was chosen after “careful consideration”.

“[W]e decided that this framework has the advantage of letting us build new products and try new ideas across not one, but two, strong brands, with strong operators within each. Over time, by integrating parts of our networks, we can operate more efficiently, achieve even lower wait times, expand new products like high-capacity vehicles and payments, and quicken the already remarkable pace of innovation in the region,” he says, adding that he expects “very little” to change in either teams’ day-to-day operations post-close since both companies will “continue to largely operate separately after the acquisition”.

This story is developing… refresh for updates… 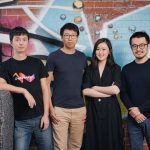