Australia-based Airwallex is the tech startup to enter the billion-dollar ‘unicorn club.’ The company announced today that it has closed a $100 million Series C round that values its business above $1 billion.

Started in Melbourne in 2015 by four Chinese founders, Airwallex provides a service that lets companies manage cross-border revenue and financing in their business much like consumer service TransferWise.

Its customers can, for example, set up overseas bank accounts if they have paying customers overseas. When they want to move that revenue back to their HQ, they simply do so through the Airwallex system which uses inter-bank exchanges to trade forex at a mid-market rate. That’s something that can save its clients as much as 90 percent on their foreign exchange rates, and it massively simplifies the challenge of doing business overseas.

This new round of funding is led by DST Global — the high profile investors that’s backed the likes of Facebook, Twitter, Spotify, Xiaomi and more — with participation from returning investors that include Sequoia China, Tencent, Hillhouse Capital, Gobi Partners, Horizons Ventures and Australia’s SquarePeg Capital. Airwallex has now raised over $200 million; its previous investment was an $80 million raise around nine months ago.

Most impressively, the company has become a unicorn within three years of its launch — that’s an impressive feat, the company has come a long way since we wrote about its $3 million seed round in late 2016. CEO Jack Zhang told TechCrunch that the company is being public with its valuation for the first time because it provides a major validation that will help it build a reputation and develop additional services in the financial services space.

“We talked to a number of global funds we found interesting but we picked DST because our biggest priority is international expansion and [the firm will] help us opening doors and going after larger opportunities,” Zhang said of the lead investor for the round.

Indeed, the Airwallex vision has grown since that seed round. Today the company, which has eight offices worldwide and over 260 staff, has expanded its focus in terms of both customers and services.

“Traditionally, we served a lot of the internet companies, but now we are saying that it doesn’t matter about size,” Zhang said. “We want to go after small companies and help all businesses to grow and expand globally.”

On the product side, he added that “the vision has evolved and now we’re building a fundamental global finance infrastructure.”

What does that mean exactly? Well, Zhang said Airwallex wants to be more than just a cross-border partner for companies. It already offers services like virtual bank accounts in 50 countries, it plugs in to partners to offer other financial services and its planned future products include credit card issuance to allow companies to manage money overseas with greater granular control.

Indeed, already Airwallex has an internal team nicknamed ‘Alpha/ that helps SMEs and other businesses to grow overseas, while Zhang said it has made undisclosed investments in companies where it sees an aligned ‘global’ vision.

“Alpha identifies early-stage companies and helps them to grow,” Zhang explained. “Whether they work with us or not we don’t care, we help connect them to investors and networks.” 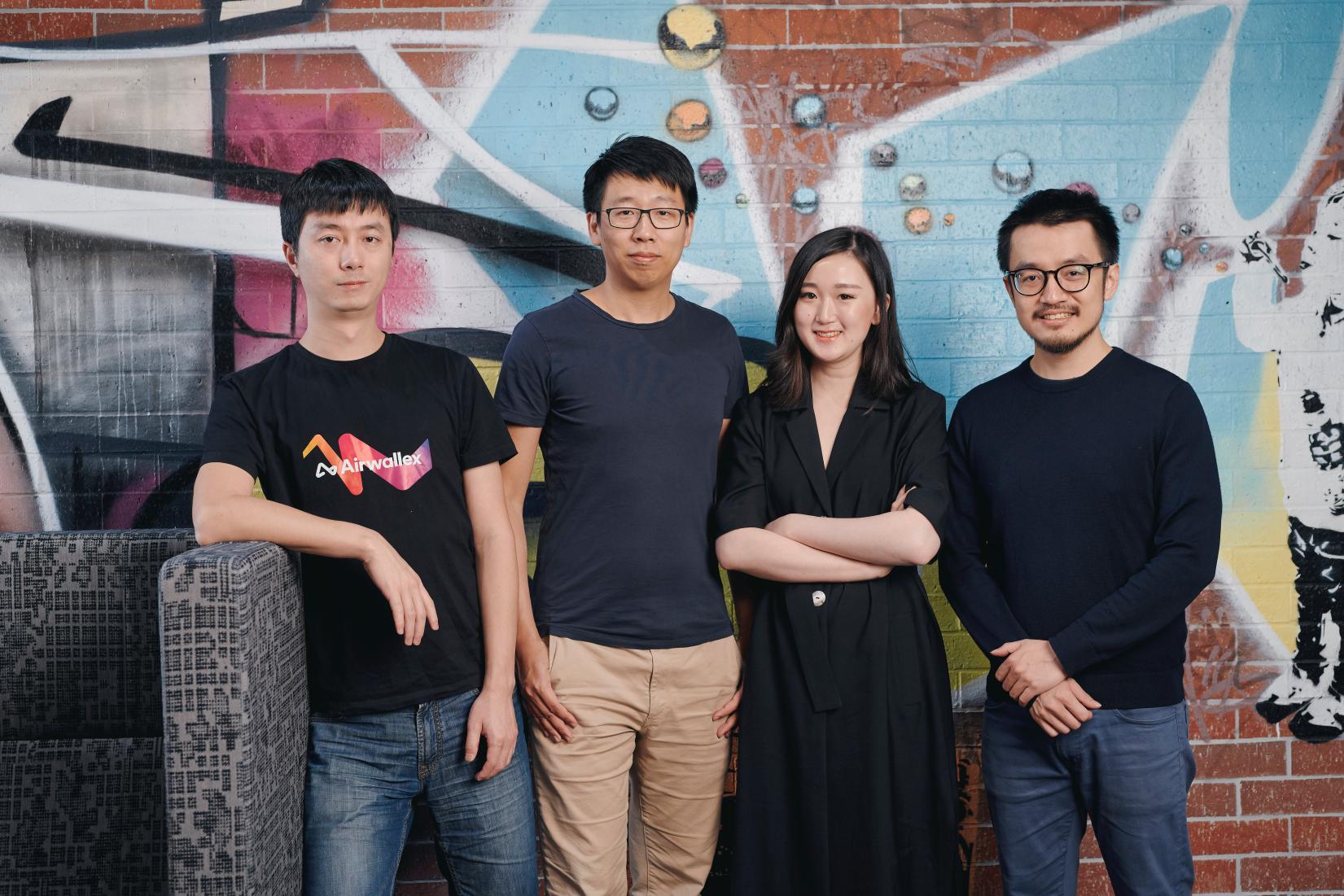 The founders of Airwallex

The idea for the business came to Zhang, who spent time at Australia banks ANZ and NAB, after he grew frustrated of the challenges of importing overseas goods for a coffee business that he invested in with friends.

“We were importing from overseas and paying Western Union a bunch of money,” he recalls. “It was all very slow.”

Airwallex has fixed that problem for any would-be international-minded coffee shop owners/investors, but Zhang is convinced that the future of his business is to be an ecosystem for global banking and financial services. Precisely what that might mean in the future isn’t clear. But looking at companies that work closely with business customers, Airwallex is ideally placed to offer loans and financing, either directly or via partners, and really involve itself in growing its customers and their businesses.

Having started focused on Asia — and China in particular — Zhang is gunning for global growth, and that really means the U.S. and U.K and growing beyond Airwallex’s offices in London and San Francisco. The company is looking to kickstart that push through acquisitions, with Zhang admitting his team is “actively seeking interesting payment startups in the U.K and the U.S.”

Airwallex is also casting its eye on banking licenses in selected markets, which could mean it returns to raise additional capital at the end of this year or the startup of 2020.