The newest members of the $100M ARR club

Hello and welcome back to our regular morning look at private companies, public markets and the grey space in between.

Today we’re taking stock of a cohort of special companies: still-private startups that have reached $100 million in annual recurring revenue (ARR). Our goal is to understand which startup companies are actually exceptional. This late in the unicorn era, hundreds of companies around the world have reached a valuation of $1 billion, making the achievement somewhat pedestrian.

Reaching $100 million in ARR, however, still stands out.

We explored the idea earlier this week, citing Asana, Druva and WalkMe as private companies that recently reached $100 million ARR. In addition to that trio, Bill.com and Sprout Social, both of which went public this week, also crossed the nine-figure annual recurring revenue mark in 2019.

After we posted that short list, four other companies either just shy of $100 million ARR, or with a little bit more, reached out to TechCrunch, touting their own successes. Given that our point was that companies which reach the revenue threshold million are neat, it’s worth taking a moment to look at the other companies joining the $100 million ARR club.

For extra fun I got on the phone with a number of their CEOs to chat about their progress. We’ll start with a look at a company that is nearly a member of the club, and then talk about a few that recently punched their membership cards.

To be frank, I did not know that GitLab was as large as it is. Backed by more than $400 million in private capital, GitLab competes with the now-purchased GitHub as a developer resource and service. Its backers include Goldman Sachs, ICONIQ, GV, August Capital and Khosla.

GitLab became a unicorn back in September of 2018, when it raised $100 million at a $1 billion post-money valuation. Its more recent $268 million Series E raised this September pushed that valuation to nearly $2.8 billion.

It’s a good company for us to include, as it provides a good example of how far in advance a $1 billion valuation can precede a $100 million ARR business; in GitLab’s case, provided that it grows as expected, its unicorn valuation came nearly 1.5 years before reaching nine-figure ARR.

To understand more about the company’s growth, we caught up with its CEO Sid Sijbrandij (full discussion here), learning that he views the unicorn tag as a way to help a company brand itself, but something that is outside of his company’s control. Revenue, in his view, is “much more within your control.” According to Sijbrandij, GitLab is aiming for $1 billion in revenue in 2023 and has a November, 2020 IPO targeted.

GitLab is sharing its impending ARR milestone as it runs its whole business very transparently (hence why my chat with its CEO was live-streamed, and archived on YouTube). It will be super interesting to see if the company hits the ARR target on time, and then if it can also stick the landing with a Q4 2020 IPO.

Egnyte, a player in the enterprise productivity, storage and security spaces, has kept growing since its $75 million Series E it raised last October.

The company, backed by Goldman Sachs (again), GV (again) and Kleiner Perkins, has raised just $137.5 million to date. Reaching $100 million ARR on that level of funding means that Egnyte has run efficiently as a business. In fact, as TechCrunch has reported, Egnyte has occasionally made money on its path to the public markets.

TechCrunch has spoken to Egnyte’s CEO Vineet Jain a number of times, but it seemed appropriate to get him back on the phone now that his company is nearly ready to go public (at least in terms of size). According to Jain, in fresh data released to Extra Crunch: 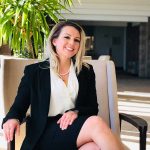