Cross-border fintech continues to be an area of interest for venture capitalists. The latest deal sees GGV Capital — the U.S-China firm that’s backed Xiaomi, Airbnb, Square and others — lead a $10 million investment in Singapore-based startup Thunes.

Other investors in the Series A round are not being disclosed at this point.

Thunes — which is slang for money in French and is pronounced ‘tunes’ — is not your typical startup. Its service is a b2b play that provides payment solutions for companies and services that deal with consumers and need new features, increased interoperability and flexibility for users. It makes money on a fee basis per transaction and, in the case of cross border, a small markup on exchange rates using mid-market rates for reference.

The company was founded in February of this year when TransferTo, a company that provided services like mobile top-up cross-border split itself in two. Thunes is the b2b play that uses TransferTo’s underlying technology, while DT One was spun out to cover the consumer business of top-up and mobile rewards.

The investment, then, is a first outside raise for Thunes, which had previously been financed by TransferTo, which is a profitable business, according to Thunes executive chairman Peter De Caluwe, who led payments startup Ogone to a €360 million acquisition in 2013.

De Caluwe, who is also CEO of DT One, told TechCrunch that Thunes reached $3 billion in payment volumes over the last 12 months. His goal for this year is double that to $6 billion and already, he said, it is “on track to get there.” (Steve Vickers, who previously managed Xiaomi in Southeast Asia and has worked with Grab, is Thunes CEO.)

Thunes works with customers across the world in North America, Central America, Latin America, Africa, Europe and Asia, but it is looking particularly at Southeast Asia and the wider Asia continent for growth with this new capital. It is not a consuming facing brand, but its biggest customers include Western Union, PayPal and Mpesa — where it has worked to connect the two payment interfaces in Africa — and India’s Paytm and ride-hailing company Grab, which it helps to pay drivers.

In the case of Grab — the $14 billion company backed by SoftBank’s Vision Fund — De Caluwe said Thunes helps it to pay “millions” of drivers per day. Grab uses Thunes’ real-time payment system to help drivers, many of whom need a daily paycheck, to convert their earnings to money in Grab’s wallet, their bank account or cash pick-up locations.

It’s hard to define exactly what Thunes’ role is, but De Caluwe roughly calls it “the swift of the emerging markets.” That’s to mean that it enables interoperability between different wallets, banks in different countries and newer payment systems, too. It also provides feature — like the instant payout option used by Grab — to enable this mesh of financial endpoints to work efficiently — because right now the proliferation of mobile wallets can feel siloed to the ‘regular’ banking infrastructure.

De Caluwe said that Thunes will work to add more destinations, support for more countries, more partners and more features. So growth across the board with this money. It is also looking to increase its team from the current headcount of 60 to around 110 by the end of this year.

Singapore is HQ but Thunes also has staff located in London and Nairobi offices, with some employees in the U.S. — they share a Miami office with DT One — and others remote in India and Indonesia. A Dubai office, covering the important and lucrative Middle East region, is in the process of being opened.

The company is also looking to raise additional capital to support continued growth. De Caluwe, who has spent time working at Telenor and Naspers-owned PayU, said a Series A+ and Series B is tentatively timed for the end of this year or early next year. The Thunes executive chairman sees massive potential since he believes the company “doesn’t have much competition.”

“In China and the U.S, currency is homogenous and payment systems are established,” Lee told TechCrunch in an interview. “But in Southeast Asia right now, a huge number of the population is just getting on the internet and there are not a lot of established players.”

GGV has just opened its first office in Singapore — Lee herself is Singaporean — and the company intends to make fintech a major focus of its deals in the region. To date, Thunes is just its second investment in Southeast Asia, so there is certainly more to come. 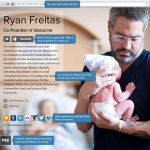