Meme creators have never gotten their fair share. Remixed and reshared across the web, their jokes prop up social networks like Instagram and Twitter that pay back none of their ad revenue to artists and comedians. But 300 million monthly user meme and storytelling app Imgur wants to pioneer a way to pay creators per second that people view their content.

Today Imgur announces that it’s raised a $20 million venture equity round from Coil, a micropayment tool for creators that Imgur has agreed to build into its service. Imgur will eventually launch a premium membership with exclusive features and content reserved for Coil subscribers.

Users pay Coil a fixed monthly fee, install its browser extension, the Ripple XRP cryptocurrency is used to route assets around, and then Coil pays creators per second that the subscriber spends consuming their content at a rate of 36 cents per hour. Imgur and Coil will earn a cut too, diversifying the meme network’s revenue beyond ads.

“Imgur began in 2009 as a gift to the internet. Over the last 10 years we’ve built one of the largest, most positive online communities, based on our core value to ‘give more than we take’” says Alan Schaaf, founder and CEO of Imgur. The startup bootstrapped for its first five years before raising a $40 million Series A from Andreessen Horowitz and Reddit. It’s grown into the premier place to browse ‘meme dumps’ of 50+ funny images and GIFs, as well as art, science, and inspirational tales. With the same unpersonalized homepage for everyone, it’s fostered a positive community unified by esoteric inside jokes.

While the new round brings in fewer dollars, Schaaf explains that Imgur raised at a valuation that’s “higher than last time. Our investors are happy with the valuation. This is a really exciting strategic partnership.” Coil founder and CEO Stefan Thomas who was formerly the CTO of cryptocurrency company Ripple Labs will join Imgur’s board. Coil received the money it’s investing in Imgur from Ripple Labs’ Xpring Initiative, which aims to fund proliferation of the Ripple XRP ecosystem, though Imgur received US dollars in the funding deal.

Thomas tells me that “There’s no built in business model” as part of the web. Publishers and platforms “either make money with ads or with subscriptions. The problem is that only works when you have huge scale” that can bring along societal problems as we’ve seen with Facebook. Coil will “hopefully offer a third potential business model for the internet and offer a way for creators to get paid.”

Founded last year, Coil’s $5 per month subscription is now in open beta, and it provides extensions for Chrome and Firefox as it tries to get baked into browsers natively. Unlike Patreon where you pick a few creators and choose how much to pay each every month, Coil lets you browse content from as many creators as you want and it pays them appropriately. Sites like Imgur can code in tags to their pages that tell Coil’s Web Monetization API who to send money to.

The challenge for Imgur will be avoiding the cannibalization of its existing content to the detriment of its non-paying users who’ve always known it to be free. “We’re in the business of making the internet better. We do not plan on taking anything away for the community” Schaaf insists. That means it will have to recruit new creators and add bonus features that are reserved for Coil subscribers without making the rest of its 300 million users feel deprived.

It’s surprising thT meme culture hasn’t spawned more dedicated apps. Decade-old Imgur precedes the explosion in popularity of bite-sized internet content. But rather than just host memes like Instagram, Imgur has built its own meme creation tools. If Imgur and Coil can prove users are willing to pay for quick hits of entertainment and creators can be fairly compensated, they could inspire more apps to help content makers turn their passion into a profession…or at least a nice side hustle. 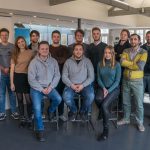