Risk and compliance management platform VComply announced today that it has picked up a $2.5 million seed round led by Accel Partners for its international growth plan. The funding will be used to acquire more customers in the United States, open a new office in the United Kingdom to support customers in Europe and expand its presence in New Zealand and Australia.

The company was founded in 2016 by CEO Harshvardhan Kariwala and has customers in a wide range of industries, including Acreage Holdings, Ace Energy Solutions, CHD, the United Kingdom’s Department of International Trade and Burger King. It currently claims about 4,000 users in more than 100 countries. VComply is meant to be used by all departments in a company, with compliance information organized into a central dashboard.

While there are already a roster of governance, risk and compliance management solutions on the market (including ones from Oracle, HPE, Thomson Reuters, IBM and other established enterprise software companies), VComply’s competitive edge may be its flexibility, simple user interface and easy deployment (the company claims customers can on-board and start using the solution for compliance tasks in about 30 minutes). It also seeks out smaller companies whose needs have not been met by compliance solutions meant for large enterprises.

Kariwala told TechCrunch in an email that he began thinking of creating a new risk and compliance solution while working at his first startup LIME Learning Systems, an education management platform, after being hit with a $4,000 penalty due to a non-compliance issue.

“Believe me, $4,000 really hurts when you’re bootstrapped and trying to save every single cent you can. In this case, I had asked our outsourced accounting partners to manage this compliance and they forgot!” he said. After talking to other entrepreneurs, he realized compliance posed a challenge for most of them. LIME’s team built an internal compliance tracking tool for their own use, but also shared it with other people. After getting good feedback, Kariwala realized that despite the many governance, risk and compliance management solutions already on the market, there was still a gap in the market, especially for smaller businesses.

VComply is designed so organizations can customize it for their industry’s regulations and standards, as well as their own workflow and data needs, with competitive pricing for small to medium-sized organizations (a subscription starts at $3,999 a year).

“Most of the traditional GRC solutions that exist today are expensive, have a steep learning curve and entail a prolonged deployment. Not only are they expensive, they are also rigid, which means that organizations have little to no control or flexibility,” Kariwala said. “A GRC tool is often looked at as an expense, while it should really be treated as an investment. It is particularly the SMB sector that suffers the most. With the current solutions costing thousands of dollars (and sometimes millions), it becomes the least of their priorities to invest in a GRC platform, and as a result they fall prey to heightened risks and hefty penalties for non-compliance.”

In a press statement, Accel partner Dinesh Katiyar said “The first generation of GRC solutions primarily allowed companies to comply with industry-mandated regulations. However, the modern enterprise needs to govern its operations to maintain integrity and trust, and monitor internal and external risks to stay successful. That is where VComply shines, and we’re delighted to be partnering with a company that can redefine the future of enterprise risk management.” 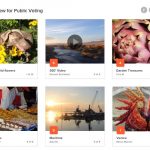