Uber has set its initial public offering at $45 per share, per reports. Uber has yet to officially disclose its IPO price.

The price, which falls at the low end of Uber’s planned range, values Uber at $82.4 billion.

The pricing comes one day after drivers all over the world went on strike, with drivers in San Francisco protesting right outside the company’s headquarters.

Uber filed for its IPO last month, reporting 2018 revenues of $11.27 billion, net income of $997 million and adjusted EBITDA losses of $1.85 billion. Though, we knew this thanks to Uber’s previous disclosures of its financials.

But this is not the first time we’ve seen Uber’s financials. Over the last couple of years, Uber has willingly disclosed many of these numbers. Its last report as a private company came in February when Uber disclosed $3 billion in Q4 2018 revenue with rising operating losses.

Competitor Lyft filed its S-1 documents in March, showing nearly $1 billion in 2018 losses and revenues of $2.1 billion. It reported $8.1 billion in booking, coverings 30.7 million riders and 1.9 million drivers. About a week later, Lyft set a range of $62 to $68 for its IPO, seeking to raise up to $2.1 billion. Since its debut on the NASDAQ, Lyft’s stock has suffered after skyrocketing nearly 10 percent on day one. Lyft is currently trading about 20 percent below its IPO. 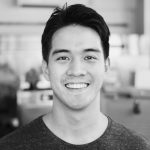