Tesorio, a startup that helps businesses aggregate and analyze their cash flow data, today announced that it has raised a $10 million Series A round led by Seattle’s Madrona Venture Group. Existing investors First Round Capital, Floodgate, Y Combinator, Fathom Capital and Fuel Capital. This brings Tesorio’s total funding to $17 million. Madrona’s Hope Cochran will join the company’s board.

The company is tackling an interesting market that is surprisingly underserved given that every company likely wants to be able to track its cash flow as closely as possible. In most companies, though, that’s still done with the help of Excel spreadsheets. The fact that Jeff Epstein, former CFO of Oracle; Ron Gill, former CFO of NetSuite; and Greg Henry, CFO of Couchbase and former SVP of Finance at ServiceNow all gave angle funding to Tesorio shows how big a problem this is.

“Billion-dollar companies are running their cashflow in Excel — and that’s real,” Tesorio co-founder and CEO Carlos Vega told me. “What that doesn’t allow you to do is use all that data that goes into that cashflow in a smart way. […] Imagine all of that could be connected and interconnected — and that’s basically what we’re building.”

Tesorio helps businesses aggregate all of their cash flow — in some ways, you can think of it as a Mint for businesses — and then runs its AI models over it to predict a company’s overall financial health. Current customers include the likes of Veeva Systems, Box, and WP Engine, who use the company’s systems to, for example, automate their accounts receivable operations to understand when customers are likely to pay. While there are other tools that help you manage the overall workflow, Vega argues that Tesorio is different because it can pull in data from all of these disparate systems and create a cash flow forecast based on this.

“Many departments have systems of record to log things like accounting entries, bank info, billings, customer interactions, spend, etc,” Vega explained. “The exciting opportunity is to tie that data together dynamically so you can have a multifaceted view on the trajectory of your business (with a focus on the effects to cash flow) and then automate the levers that can help you impact cash.”

While the company didn’t disclose any revenue numbers, it did not that its revenue grew 4x year-over-year in 2018.

As Vega told me, it’s usually the financial teams and CFO’s that adopt Tesorio. The company focuses on bringing on companies with 100 to 3000 employees and it already has a number of international customers, too. In total, the platform has already analyzed $56 billion in payments, 10 million invoices and 5 million user activities. As will all machine learning services, every new transaction also helps to make its models more precise.

As usual, Tesorio will use the new funding to expand its product — with a special focus on adding integrations with other finance systems — and its expand its go-to-market initiatives. 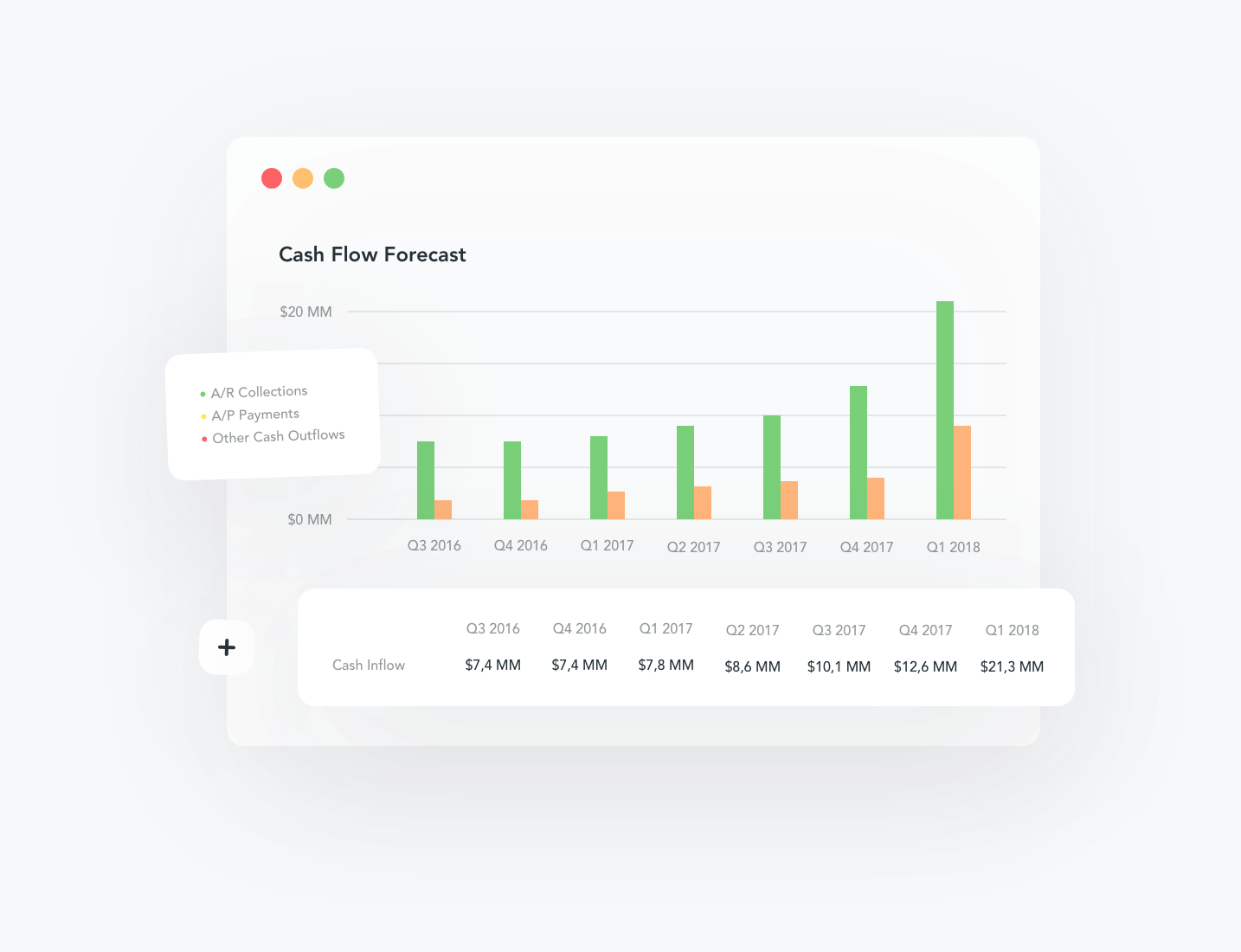 Madrona’s Hope Cochran, who herself was a public company CFO during her time at Clearwire and King Digital, stressed the need for a service like this. “The ultimate financial metric for a company is Cash,” she writes in today’s announcement. “Not just the current balance, but the trajectory of the balance. In the vast majority of companies, this analysis is performed on a spreadsheet. One containing many links, often circular references, and pulling in data from multiple sources. The risk of an error, a break, is high. ”