Update: an earlier version of this story positioned the €160 million fund as newly announced, when in actual fact it was disclosed in late 2017 and consists of a combination of Heartcore Fund III (seed and series A) and Heartcore Progression Alpha (growth fund following through on Heartcore’s most successful companies).

Sunstone Technology, the tech arm of Sunstone, and an early-stage European venture capital firm with offices in Copenhagen and Berlin, is re-branding today and says that its combined €160 million tech fund will invest in consumer startups only going forward, at seed and at Series A.

The 12-year-old VC firm’s new name is “Heartcore Capital,” and, say its partners, is designed to reflect an understanding that “entrepreneurship is like a crash course in personal development”. In recognition of this, VCs need to provide empathy with founders, first and foremost, rather than simply optimise for returns.

(Admittedly, to some readers that will sound like a rather lofty goal. You can read my push back on the premise in the Q&A below with Heartcore’s Jimmy Fussing and Max Niederhofer).

Also related to the re-brand is a formal repositioning of the firm to be consumer-only focused — both B2C and B2B2C — with a remit to invest at seed and Series A stages. Heartcore’s thinking is that the consumer segment will continue to yield “massive outcomes,” and notes that less than 5 percent of consumer spend globally has moved online so far.

“We want to offer entrepreneurs a superior VC product in this category and believe that we can achieve this through the network effects that come with focus,” Heartcore’s Max Niederhofer tells me, citing the firm’s previous investments such as GetYourGuide, Natural Cycles, Boozt, Exporo, Seriously, Lillydoo, and others. “We want to invest in Europe’s new category-defining consumer brands,” he says.

Meanwhile, Heartcore says it has expanded its investment and partner team to give the VC “truly pan-European coverage” across the consumer segment. Yacine Ghalim has been promoted from principal to partner and is helping to establish a Paris office. Heartcore has also hired Levin Bunz as partner from Global Founders Capital, the $1 billion investment arm of Rocket Internet, and will be based at the VC’s Berlin office. Lastly, Signe Marie Sveinbjørnsson has been hired as a partner and will act as Chief Operating Officer and will be based at Heartcore’s Copenhagen HQ.

Below follows an email Q&A with Heartcore Managing Partner Jimmy Fussing and General Partner Max Niederhofer to find out more about the new fund, the new name ethos, and the pair’s thoughts on Brexit.

TC: Why the name change? If feels like you could be throwing away any brand recognition you already had.

JF: It felt like we were already changing a lot: a new positioning as Europe’s consumer-only VC, the “founders first” ethos. So the name change was a consequence of that. We had been operating as Sunstone Capital since 2007 together with Sunstone Life Sciences, who target a very different entrepreneur. Our founders are often younger, they don’t come from corporate R&D or academia, they tend to wear sneakers rather than lab coats.

MN: Over the last decade a lot of capital has come into the industry. The volume of potential deals has been increasing and we were naturally gravitating towards a consumer focus. There’s a lot of benefit from specialization and the new brand articulates much more clearly what we stand for.

JF: Like the founders we back, we have to take risks in order to offer something truly unique. This new name builds on our history and track. It’s deeply authentic. We like the vulnerability of the pun and that it’s just slightly outside our comfort zone. The objective of VC marketing is to be in the consideration set of the top founders – we think the Heartcore name is very memorable and the positioning as consumer-only VC in Europe is truly unique.

TC: Going forward, the fund is going to be entirely consumer-focussed (B2C and B2B2C), when many other VC firms presumably see B2B and the enterprise as safer bets and, arguably, playing to European strengths. What is the thinking behind going all in on consumer?

MN: VC is a game of power laws, where your largest companies represent much of your return. It isn’t really about risk reduction from a portfolio perspective. There are more large outcomes in consumer versus B2B – also in Europe. And Europe has a century-long history of creating outstanding consumer brands. Even online, think Booking.com, Spotify, Skype, Supercell, Minecraft… we think we can build on these strengths.

JF: Historically we’ve also just been very good at B2C. We backed folks like Boozt, GetYourGuide, Natural Cycles, Prezi very early on. The technology exists to build large consumer companies from pretty much anywhere. Founders all over Europe are rethinking every value chain from the point of view of the end customer – we believe that there is massive opportunity to build truly category-defining consumer companies in Europe.

TC: You cite a stat that says only 5 percent of commerce has moved online worldwide so far. Why do you think that is, what are the bottlenecks?

JF: To some extent, it’s the different nature of value chains of different industries. For example, media was much more readily disrupted by online because of its fragmentation, competitiveness, and zero marginal cost of end product delivery. Retail required setting up a physical delivery infrastructure, which has happened over the last decade and which is why e-commerce is still growing rapidly. Then industries like healthcare or finance have regulations and different gatekeepers that made it a bit more difficult for new entrants. But just look at where the neo-banks are today.

MN: As a person in tech you have a tendency to calibrate digital penetration using the existing platforms like social media or entertainment, and in particular with a skewed view on who the potential consumer is. There’s massive opportunity in old industries that are very physical, like real estate or transportation, and also a huge opportunity to give many more consumers access to better products and services. Think “the bottom 90%” – not just in the Western world, but everywhere.

TC: Digging deeper into your investment remit and beyond warm and fuzzy notions about tech changing people’s lives for the better, what particular consumer sectors, problems or technologies are you seeking to invest in out of this fund?

JF: We have sector-specific investment theses in areas like Direct-to-Consumer Brands, Food, Digital Health, Travel, Finance. We really want to invest anywhere that the consumer spends money. And we have business model-specific investment theses for e.g. Marketplaces or Consumer Subscriptions. And then we have a framework for how we think about problems: what’s the consumer trying to achieve, how does this do a better job, what emotional needs are satisfied in the context.

MN: There’s really two buckets of consumer investing: one is the emergence of new platforms, where consumers adopt a new technology very rapidly. And that’s probably where we’ve seen the bulk of venture returns, like Google, Facebook, and others. But there’s a second bucket where people are applying existing technologies to reinvent old industries and come up with new and better products and services. That’s incredibly promising right now and it is where we spend most of our time. We think the majority of our investments will come in that second category. But we’re certainly always looking for the first as well: what will the adoption curve of voice, VR/AR, or decentralizeded web look like for consumers.

TC: What stages and geographies will the fund invest? i.e. location and average cheque size.

JF: We’re focused on Europe, with the occasional investment in the US. We’re firmly Seed and Series A, with cheque sizes ranging from €250K to €5 million, allowing us to also participate in the large Series As.

TC: You talk about Heartcore Capital being “founders first” and having more empathy for the founder than returns alone. However, in various forms this is the pitch of almost every venture capital firm, perhaps a sign of a frothy market. What is Heartcore actually doing tangidly to put this ethos into practice?

MN: I love this question because it really demonstrates what we’re about. You ask for something “tangible” but that’s just it – venture according to us is not just a game of functional value-add, about what you do. It’s just as much about how you are and how you show up: with empathy and humility, with respect for the entrepreneurial journey, with a coaching mindset.

JF: We have a long list of foundational principles about how we interact with founders that’s totally different to what we’ve ever seen from other VCs. It all comes back to the Saint-Exupery quote on which we base our name: “It is only with the heart that one can see rightly; what’s essential is invisible to the eyes.”

TC: Let’s talk about Brexit… Are you long or short on the U.K. leaving the EU and how do you think it will affect the ecosystem in the U.K., but more importantly, right across the various hubs in Europe?

JF: The U.K. has a very strong and deep startup ecosystem, and Brexit won’t change that. Of course a hard Brexit will complicate doing business in the UK. We’ve seen other European hubs trying to exploit that. Paris, Berlin, and our home market in the Nordics feel like they’re doing very well, which is why we set up local offices and teams there.

MN: But we’re keen to keep looking at U.K.-based consumer startups and Brexit won’t stop us from doing that. London has the best track in European consumer tech and we think it will remain a key hub for us going forward. 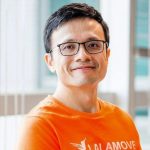