Some consolidation is afoot in the world of business software. TechCrunch has learned that Parallels, the virtualization specialist with millions of users, is getting acquired by Corel, the Canadian company behind design apps like CorelDraw and other productivity apps like WordPerfect.

Some employees at Parallels have already been briefed on the acquisition, which is expected to be announced to the whole company today. Terms have not been disclosed but we understand it is an all-cash deal.

Corel has changed ownership and gone in and out of being listed publicly a number of times since being founded in the 1980s in Ottawa. It’s now owned by Vector Capital, which is essentially the one buying Parallels.

From what we understand, Corel will keep Parallels an independent product.

Parallels was originally founded in 1999 with roots in Russia and is currently headquartered in Bellevue, Washington. It has never made much of a fanfare around its financing or valuation. According to PitchBook its last funding round was in 2015, an undisclosed amount from Endeavour Vision, KG Investments, Maxfield Capital, Savano Capital Partners and others. It had raised $300 million from Ingram Micro the year before that.

It’s not fully clear what the rationale was for the sale, except it seems many investors were longstanding and looking to exit, while Corel has slowly been consolidating a number of sodtware businesses, most recently before this, Gravit Designer from Germany earlier this year.

Parallels provides a number of products that help people work seamlessly across multiple platforms, essentially letting people (and IT managers) run a unified workflow regardless of the device or operating system, ranging from Windows, Mac, iOS, Android, Chromebook, Linux, Raspberry Pi and cloud — a particularly compelling offering in the current, fragmented IT climate.

Corel once had designs to take on Microsoft in the world of software — to be the Pepsi to Microsoft’s Coke, as I once saw it described. That didn’t really pan out, with Microsoft at the time having a vice grip on platform and software (this was before the rise of Google, the rebirth of Apple, the rise of apps, and other big shifts in the industry). At one point, Microsoft signed a partnership with Corel that saw it investing in the company: a sell out, as one disappointed Canadian journalist described it at the time.

The two have also sparred over patents.

These days Corel is “highly profitable”, says Vector, selling software that includes CorelDraw, WordPerfect, WinZip, PaintShop Pro, and WinDVD. You could potentially imagine Parallels existing alongside that, or even perhaps helping increase the functionality and usefulness of Corel’s other apps with more cross-platform functionality.

The Parallels deal is expected to close next year, our source said.

We have written both to Corel and Parallels and will update this post as we learn more.

There have been a number of enterprise software acquisitions with a view to legacy businesses raising their game in open source, cloud and other newer developments. The most notable of these has been IBM announcing its intent to acquire Red Hat for $34 billion in October. 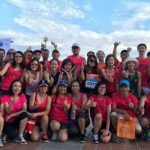 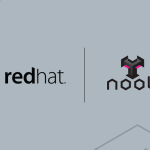