SoftBank CEO Masayoshi Son says the company won’t walk away from its existing commitment with the Saudi Arabian royal family — the largest LP in its $100 billion Vision Fund — but the firm will wait on the outcome of an investigation into the death of journalist Jamal Khashoggi before deciding on whether to continue the relationship.

In his first public remarks following the gruesome death of Khashoggi, whose murder last month is linked with Saudi Arabia’s Crown Prince Mohammad bin Salman, Son told the audience at a SoftBank investor day that there’s no immediate strategy for a follow-up to the $100 billion Vision Fund.

“We still have money in the Vision Fund 1, in addition, the [SoftBank Mobile] IPO is underway so therefore we can collect money so we will use that effectively for now,” he said. “I think it is still too early to go ahead with Vision Fund 2 so we will be cautious in our next step… however, we have no change in the SoftBank 2.0 strategy, we want to continue expanding better.”

That is in line with previous comments from SoftBank playing down an imminent second fund — its COO Marcelo Claure recently said there is “no certainty” of a follow-up — but the firm has adopted a much softer response than other top businessmen who are aligned with Saudi money.

Virgin CEO Richard Branson very publicly suspended his role with two Saudi projects and walked away from investment talks with the country’s Public Investment Fund (PIF), which was in discussion to put money into his Virgin Galactic and Virgin Orbit ventures.

While Son did cancel a speaking engagement at a high-profile Saudi investment event last month, he said today that he believes SoftBank has a responsibility to use the funds it has already collected from PIF.

“Before this tragic case happened, we had already accepted a responsibility to the people of Saudi Arabia to help them manage their financial resources and we can’t all of a sudden drop such responsibility. Things that we have already accepted, we would like to fulfill our fiduciary duties,

“For new projects, we would like to carefully watch the outcome of the case and once the explanation is fully made then we will think about it once again,” Son said.

The SoftBank supremo has traveled to the Middle East to meet Saudi Arabia’s Crown Prince Mohammad bin Salman and government officials, and he said that he “directly raised our concerns with them and asked for further clarity on this tragic case.” The prince, he said, is “taking this very seriously.”

PIF’s role in Vision Fund — it is the largest single investor — has threatened to taint its efforts, with chatter in Silicon Valley suggesting that many companies would prefer to take money from less-tainted sources. However, SoftBank has struck two deals in the past week — putting $375 million into robotic food-prep startup Zume and $1.1 billion into glass maker View — which suggest that the sheer size of the checks on offer outweighing any concerns on the origins of its money.

When asked about negative blowback, Son said he hadn’t heard of any cases of startups refusing an investment from the Vision Fund, but he did concede that there “may be some impact” in the future.

Silicon Valley hoped the Khashoggi story would go away; instead, it may end an era 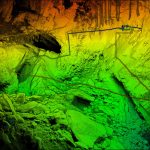