Parker Conrad’s last startup Zenefits drowned in busy work. Now with Rippling, he wants to boil that ocean. Instead of trying to nail one thing then expand, “very counter to conventional wisdom, we took on something that’s a lot broader and more ambitious.” That meant spending 2 years with 40 engineers working in stealth to build integrations with nearly every popular business tool to combine HR, IT, and single-sign on services. The result is that when you hire an employee, Rippling onboards them to all those services in a single click. Goodbye, busy work. Hello, gateway to the enterprise app ecosystem.

The past few years have seen a Cambrian explosion of startups building specialty software for office productivity and collaboration. But that’s left customers struggling to get their teams set up on all these fragmented tools. As such, Rippling had a very good first year on the market with rapidly growing revenue. So when Rippling went out to raise money, Conrad was signing terms sheets in just over a week. 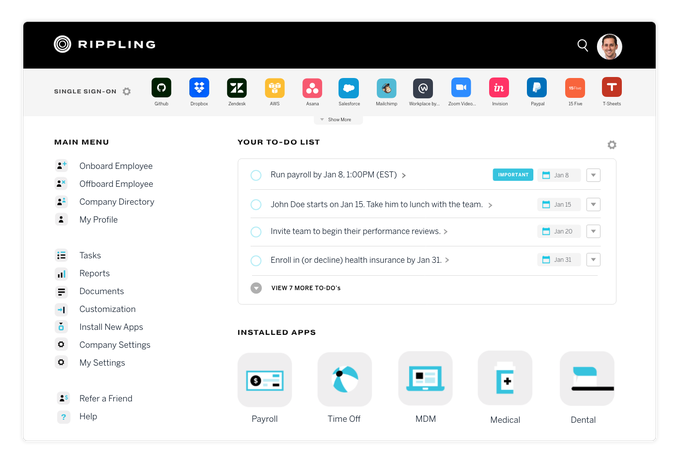 $45 million. “I know that rounds are bigger these days but still, for a Series A that’s pretty substantial” Conrad tells me with a wide grin over coffee at San Francisco’s Four Barrel. “We We want to keep doubling down on the engineering, investing and putting more money into R&D, so we have a real product advantages and technology advantages over other players in our space even though a lot of them have been around a lot longer than we have.” The Information‘s Zoe Bernard had reported Rippling was raising at least $30 million.

Rippling’s round was led by Kleiner Perkins and its enterprise guru Mamoon Hamid. Conrad tells me “Many of the metrics you use to evaluate SAAS companies were invented by Mamoon. He really knows his stuff. He’s also just a really great person.” Kleiner was his dream partner for Rippling. “I remember when I was in high school, Kleiner Perkins was the only VC firm I’d ever heard of. When I was a little kid, I thought ‘Oh that’d be cool some day.’” The round was joined by Initialized Capital, Threshold Ventures (formerly DFJ), and Y Combinator.

A source confirms the round was a stunning $270 million valuation. Hamid was also skeptical about Rippling trying to integrate with everyone before launch. But he says “What was a concern a few years ago is now something we like about the company.” After getting pitched so many piecemeal enterprise solutions, it suddenly clicked for Hamid why customers would want “one stop for everything. You need an independent party to be that glue layer.”

Typically, enterprise software is an unglued mess. Apps don’t talk to each other, so when you hire a new employee, you have to manually add them, their role, their team, their manager, their permissions and more to every single tool your team uses. There’s HR systems that control payroll and benefits, IT systems that determine what equipment you’re issued, productivity and collaboration apps like Slack and Dropbox, and department-specific tools like Salesforce or Github. Conrad believes manually updating these with each hire, fire, or promotion is the source of almost all administrative work at a company.

The willingness to slog through office chores rather than strategically nullify them is why Zenefits grew so fast, then suddenly hit a wall. What can be begrudgingly brute forced at 50 employees becomes impossible to manage at 500 employees. That’s why “We don’t want to have anything that’s not software end to end in the product.” If it requires a client to call Rippling’s operations team for help, it could be built better. That maniacal focus actually allowed Conrad to temporarily hold Rippling’s only role responding to user complaints, which he also credits with propelling rapid iteration. The CEO wants to remain in that mindset, so he still lists his job title on LinkedIn as “Customer Support”.

Conrad seems to have convinced investors that though he was pushed out of his $4.5 billion valuation HR startup Zenefits, he was more responsible for its rise than its fall. Conrad had built a script that made it easier for Zenefits’ staffers to get certifications to sell insurance, leading to a scandal and his departure. The desire to speed things up was another symptom of busy work draining the company’s time. A more measured pace and a deeper commitment to diversity are a few other ways Rippling hopes to avoid the culture troubles of Conrad’s last venture.

Rippling only truly began hiring more than engineers when it came out of stealth a year ago. Now the startup has established two lucrative business models. First, it earns reseller fees from other enterprise tool makers when people buy them through the Rippling gateway. Any developer with a well-established brand becomes an integrated Rippling partner. It’s not going to try to out-build Zoom or Mailchimp. “As Rippling is successful, what I think it can do is bring a lot of customers to these other businesses. If you can bring down the marginal cost of adding an N+1 business system, there’s a lot less hesitation about adding products.” Customers want more utility, just without the headache.

Meanwhile, Rippling develops its own in-house versions of undifferentiated parts of the HR and IT stacks like PTO management or commuter benefits. Customers aren’t loyal to a brand in these areas yet, so it’s easy for Rippling to swoop in. And it can charge a similar rate, but beat competitors on convenience because its homegrown systems integrate directly with Rippling’s source of truth on employee details. Upstarts in the single-sign on space like Okta and LastPass claim to be identity layers, but are really just password managers. And their early growth has spurred SAAS companies to build API endpoints that Rippling’s version RPass can piggyback on.

For a while I thought Slack would emerge as the enterprise identity provider since chat is such a ubiquitous need that it could be the start of a cross-app profile. But HR and IT are an even more foundational layer, and Slack doesn’t feel like a natural place to gather employee details like Rippling is. “For slack, communication and collaboration in general are a big enough oppotunity to not let identity get in the way of the core business there” says Hamid. 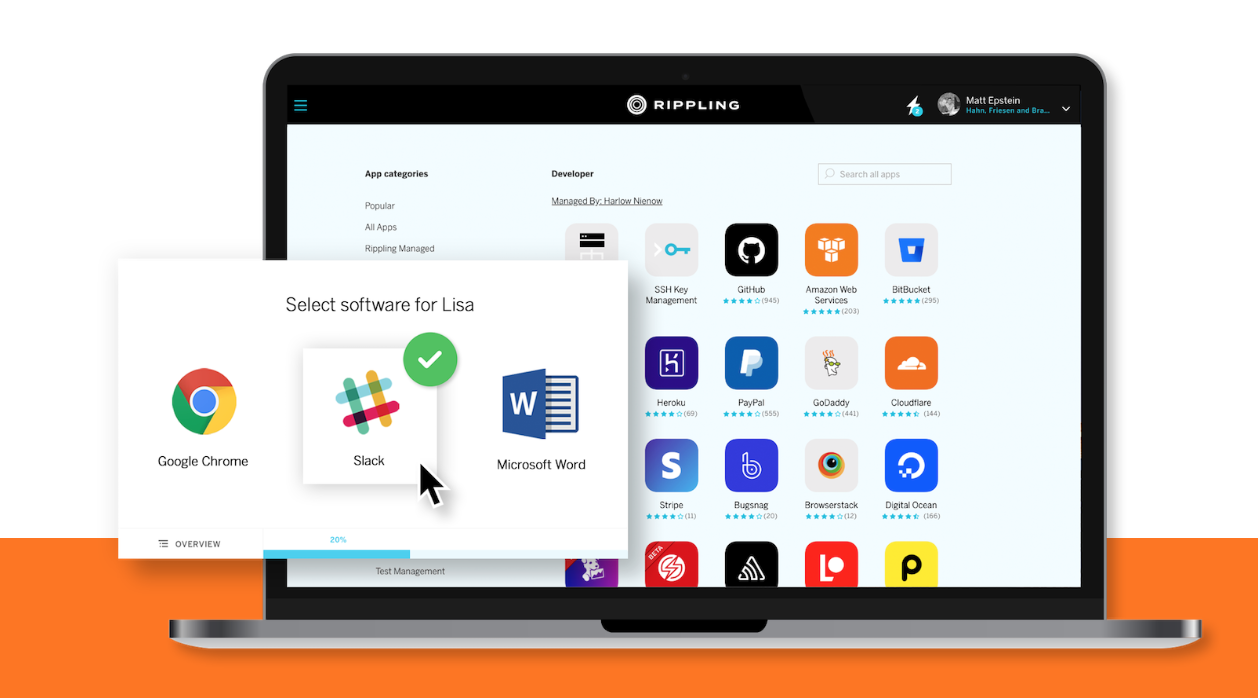 Now with Rippling’s business revving up and plenty of cash to fuel the engine, Conrad tells me his biggest concern is hiring the right people. “The really challenging thing in a company is when the headcount grows too quickly. I’m making sure we don’t do things like more than double headcount in a 12 month period” he tells me. While Zenefits was a mad blitz for scale, Conrad has tried to bias Rippling towards action without being so impulsive that the company makes mistakes. “It’s never easy, but we’re not yet at the scale where things become really scary. We have a little bit more time to hit milestones. We’re growing at a healthy clip but nothing that’s straining things in any way and we see that because we track our NPS very closely” he says of trying to run a business at a more liveable pace while being an active dad too.

Luckily, Zenfits taught him how to avoid many of the pitfalls of entrepreneurship. Conrad concludes that he’s happy to have gone from “playing video games on impossible mode vs medium mode.” 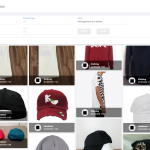