In a world where large hyperscale companies like Amazon, Microsoft and Google dominate the public cloud, it would seem foolhardy for a startup to try and carve out a space, but Packet has an alternative customized cloud vision, and investors have taken notice. Today, the company announced a $25 million Series B led by Third Point Ventures.

An interesting mix of strategic and traditional investors joined the round including Battery Ventures, JA Mitsui Leasing and Samsung Next. Existing investors SoftBank Corp. and Dell Technologies Capital also participated. The company has now raised over $40 million.

The company also showed some signs of maturing by bringing in Ihab Tarazi as CTO and George Karidis as COO. Tarazi, who came over from Equinix, likes what he sees in Packet .

He says they offer several advantages over the public providers. First of all, customers can buy whatever hardware they want. “We offer the most diverse hardware options,” he said. That means they could get servers equipped with Intel, ARM, AMD or with specific nVidia GPUs in whatever configurations they want. By contrast public cloud providers tend to offer a more off-the-shelf approach. It’s cheap and abundant, but you have to take what they offer, and that doesn’t always work for every customer.

Another advantage Packet bring to the table, according to Tarazi, is that they support a range of open source software options, letting customers build whatever applications they want on top of that custom hardware.

They currently have 18 locations around the world, but Tarazi said they will soon be adding 50 more, also adding geographic diversity to the mix.

Finally, each customer gets their own bare metal offering, providing them with a single tenant private option inside Packet’s data center. This gives them the advantages of a privately run data center but where Packet handles all of the management, configuration and upkeep.

Tarazi doesn’t see Packet competing directly with the hyperscale players. Instead, he believes there will be room for both approaches. “I think you have a combination of both happening where people are trying to take advantage of all these hardware options to optimize performance across specific applications,” he explained.

The company, which launched in 2014, currently has about 50 employees with headquarters in New York City and offices in Palo Alto. They are also planning on opening an operations center in Dallas soon. The number should swell to 100 employees over the next year as they expand operations. 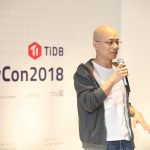