MongoDB announced today that is acquiring Realm, an open source database geared for mobile applications. The startup raised over $40 million before being acquired, but the companies did not share the purchase price.

It’s the kind of acquisition that makes a lot of sense. Both companies are built on the premise that data is the center of application development, although they both come at it from a bit of different angle. With Realm, Mongo gets a strong mobile solution, adding to MongoDB Mobile, and it also gets the technology, user base and engineering talent that Realm brings to the table.

Eliot Horowitz, MongoDB co-founder and CTO sees a company that will blend well with his. “Realm and MongoDB are a natural fit because we share a vision that when developers can interact naturally with data, they are happier and more productive, and because our products are complementary,” he wrote in a company blog post announcing the deal.

Realm has more than 100,000 developers using its product with 350 companies using its data synchronization tools to move data between mobile devices and the cloud, using the Realm Platform, according to the company.

As you would expect in a deal like this, Realm CEO David Ratner sees this as a way to expose Realm to more customers faster and to accelerate the roadmap more quickly than it could alone. “The combination of MongoDB and Realm will establish the modern standard for mobile application development and data synchronization for a new generation of connected applications and services. MongoDB and Realm are fully committed to investing in the Realm Database and the future of data synchronization, and taking both to the next phase of their evolution,” Ratner wrote in a blog post announcing the deal to customers.

The deal is expected to close in June or July, and the companies are working on integrations and will be announcing details at the MongoDB World customer conference in mid-June. 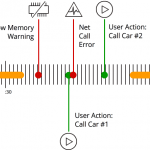 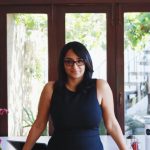