Meeshkan, a Finnish startup that made quite a splash at the recent Slush conference, has quietly raised €370,000 in pre-seed funding to continue developing its “ChatOps” product for machine learning developers.

Deployed on Slack, the bot allows developers to “rapidly stop, restart, fork, tweak, monitor, deploy and test machine learning models” without interrupting the collaborative workflows they are accustomed to or being forced to go back and forth between disparate developer tools.

Under the hood, Meeshkan says it uses patent-pending tech for speedily partitioning of data-flow across distributed infrastructure. Related to this, the burgeoning company is currently partnering with Northeastern University and CUDA to develop “zero-downtime” checkpointing of ML models in TensorFlow and PyTorch.

In an email exchange, Meeshkan founder Mike Solomon explained that training ML models is currently done through command line interfaces and web dashboards, which is not optimum for collaboration. This is because teams typically need to communicate about ML model training, make decisions about models, act on these decisions instantly, and react to push notifications about a job’s status, none of which can conveniently happen through the command line or web dashboards.

“My generation writes less and less code, but we are iterating on it faster and faster with incremental changes,” he says. “In machine learning, this could be a small tweak in the learning rate of a model. In unit testing, this could be covering the corner case of an API that returns null values in certain circumstances. What unites these scenarios is that developers are dealing with externalities, like data or a third-party API, and trying to build fast on top of them. A world-class IDE, while it helps with lots of problems, does not provide much value for these small tweaks. We’ve found that what developers need is a frictionless environment to make the tweak/test/learn loop turn as fast as possible”.

To begin fixing this, Solomon tells me that Meeshkan set out to create a bot on Slack that helps teams monitor and tweak the training of their ML models in realtime. “For ML engineers, we found that they spent hours on Slack discussing what to do with their models but had to resort to arcane and byzantine hacks to apply, document and archive these changes,” he says.

“We made a simple bot where teams can turn their discussions on Slack about things like changing a learning rate or a batch size into action, right from Slack. From this simple idea, the floodgates opened. Developers really quickly let us know what they wanted to control from Slack, some of which is trivial to implement, some of which is profoundly difficult and leads us to uncharted engineering territory”.

Meeshkan has several patent-pending algorithms from the resulting work. Solomon also explained that the same underlying problem exists in continuous integration and “data wrangling” as well, and that the team is developing a suite of products that address this concern.

This includes a second product called unmock.io, which brings the same idea to testing and continuous integration and has seen traction at AWS re:Invent. “We look to be releasing more tools along this line during Q1 of 2018,” he adds. 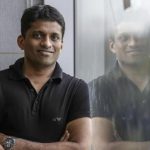