“The fund is focused on connecting startups with investors and advisors experienced in building and growing successful businesses,” said Rubin.

“W are seeking to fill a void in NYC, where the vast majority of early stage investors have no significant experience building and scaling businesses,” he said. “The fund’s main areas of investment include marketplaces, consumer and health tech. But the primary criteria for investments is high quality founders. The fund is also seeking out mission-driven businesses because the companies that are socially responsible will be the most successful in the coming decades.”

The fund has has brought on ClassPass founder Payal Kadakia, Warby Parker founder Neil Blumenthal, Charity: Water CEO and founder Scott Harrison, and Casper founder and CEO Philip Krim as advisors and investors. They have already invested some of the $30 million raise in Burrow, a couch-on-demand service.

“New York City is home to a tremendous number of mission-driven startups that are simply not receiving the same level of support as their peers in the Bay Area. This void presents a unique opportunity for humbition to reach the incredible local talent who need the funding and guidance to build and grow their businesses in New York City,” said Rubin. 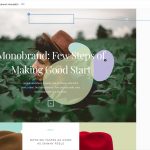