HouseMyDog and Gudog merge in European dog walking roll up

Two dog walking and sitting startups are merging: HouseMyDog, the U.K.-headquartered online community that enables dog owners to find and book local trusted dog walkers and sitters, has agreed to join forces with Gudog, a similar offering based in Spain.

I understand that HouseMyDog and Gudog will continue to operate under their existing brands for now, but will consolidate into a single brand in “early 2019”. The combined companies also say the roll up creates what they claim is the largest platform of its kind in Europe.

Specifically, the merger seeds the combined platform with more than 25,000 approved dog sitters and walkers in over 70 cities across eight European countries, including the U.K., Ireland, Spain, France, Germany, Switzerland, Austria, and Belgium.

Gudog is said to be the market leader in Spain and “growing rapidly” in France and Germany, adding to HouseMyDog’s strong foothold in other parts of Europe (HouseMyDog has offices in London, Dublin and Berlin). I’m also told that Gudog founder’s Loly Garrido and Javier Cuevas are staying on, taking up the company-wide roles of CPO and CTO respectively.

Meanwhile, the combined entity has a current headcount of 21, but expects to more than double revenue in 2019 and plans to grow the team to 35 to drive further European growth.

James McElroy, co-founder of HouseMyDog, comments: “We’ve had a close relationship with the Gudog team since we met in 2016. We admire what they have achieved and their passion for the community they have built. While today’s announcement makes strategic sense in combining our market share to accelerate our growth, we are also delighted to be working with a team that shares the same values and vision for the future of pet services in Europe”. 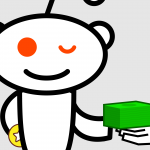