One of the fascinating things about watching an emerging startup ecosystem is that it isn’t just companies that are scaling, the very VC firms that feed them are growing themselves, too. That’s perhaps best embodied by Golden Gate Ventures, a Singapore-based firm founded by three Silicon Valley entrepreneurs in 2011 which is about to close a huge new fund for Southeast Asia.

Golden Gate started out with a small seed investment fund before raising a second worth $60 million in 2015. Now it is in the closes stages of finalizing a new $100 million fund, which has completed a first close of over $65 million in commitments, a source with knowledge of discussions told TechCrunch.

A filing lodged with the SEC in June first showed the firm’s intent to raise $100 million. The source told TechCrunch that a number of LPs from Golden Gate’s previous funds have already signed up, including Naver, while Mistletoe, the firm run by SoftBank Chairman Masayoshi Son’s brother Taizo, is among the new backers joining.

A full close for the fund is expected before the end of the year.

The firm has made over 40 investments to date and its portfolio includes mobile classifieds service Carousell, automotive sales startup Carro, real estate site 99.co, and payment gateway Omise. TechCrunch understands that the firm’s investment thesis will remain the same with this new fund. When it raised its second fund, founding partner Vinnie Lauria told us that Golden Gate had found its match at early-stage investing and it will remain lean and nimble like the companies it backs.

Hall first joined Golden Gate in 2012 as an intern while still a student, before signing on full-time in 2013. His rise through the ranks exemplifies the growth and development within Southeast Asia’s startup scene over that period — it isn’t just limited to startups themselves.

With the advent of unicorns such as ride-sharing firms Grab and Go-Jek, travel startup Traveloka, and e-commerce companies like Tokopedia, Southeast Asia has begun to show potential for homegrown tech companies in a market that includes over 650 million consumers and more than 300 million internet users. The emergence of these companies has spiked investor interest, which provides the capital that is the lifeblood for VCs and their funds.

Golden Gate is the only one raising big. Openspace, formerly NSI Ventures, is raising $125 million for its second fund, Jungle Ventures is said to be planning a $150 million fund, and Singapore’s Golden Equator and Korea Investment Partners have a joint $88 million fund, while Temasek-linked Vertex closed a record $210 million fund last year.

Growth potential is leading the charge but at the same time funds are beginning to focus on realizing returns for LPs through exits, which is challenging since there have been few acquisitions of meaningful size or public listings out of Southeast Asia so far. But, for smaller funds, the results are already promising.

Data from Prequin, which tracks investment money worldwide, shows that Golden Gate’s first fund has already returned a multiple of over 4X, while its second is at 1.3 despite a final close in 2016.

Beyond any secondary sales — it is not uncommon for early-stage backers to sell a minority portion of equity as more investment capital pours in — Golden Gate’s exits have included the sale of Redmart to Lazada (although not a blockbuster), Priceline’s acquisition of Woomoo, Line’s acquisition of Temanjalan and the sale of Mapan (formerly Ruma) to Go-Jek. 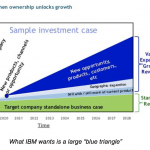