Go-Jek doubles down on India with yet another talent acquisition

Go-Jek may be based in Southeast Asia, but the multi-billion-dollar ride-hailing firm continues to tap India for engineering talent. The Indonesia-headquartered firm announced today that it has acquired AirCTO, a recruitment platform based in Gurgaon.

The acquisition, the price of which has not been disclosed, is a talent grab. AirCTO’s platform uses a mix of AI and humans to help companies hire “top” developer talent — that’s of interest to Go-Jek because the company intends to double down on India, which houses a significant number of its R&D workforce already thanks to prior acquisitions.

Indeed, the company said that AirCTO’s entire team will join it to develop “products that accelerate the recruitment of talent” within its ranks.

First up, the deal will see a Gurgaon office opened as part of a wider plan to hire 100 new tech staff this year to increase Go-Jek’s headcount in India to 500. The firm said that some of that hiring could come from other acquisitions — that makes sense given that Go-Jek is the midst of raising a round that it claims has already passed the $1 billion mark at a valuation approaching $10 billion.

It’s challenging to keep up with Go-Jek acquisition spree because many of its deals are not announced at the time, or, indeed, at all.

But we do know there have been many. According to Crunchbase data, AirCTO is its tenth purchase. Three of those came from India — C42 Engineering, Pianta and Leftshift Technologies — to form an offshored R&D division. In addition, the company’s group CTO is Ajey Gore, a hire from India who spends a large chunk of his time at Go-Jek’s Bangalore office.

Go-Jek isn’t alone in setting up R&D centers in India, rival Grab, which is backed by SoftBank’s Vision Fund and valued at $14 billion, is present in the country, too.

Aware of the limits of the talent pool in its native Southeast Asia, Grab has long maintained engineering outposts overseas. These include Beijing, Seattle and — as of 2017 — Bangalore, in addition to various countries in Southeast Asia. Grab has also made an acquisition in India.

Back on the battlefield of Southeast Asia, Grab and Go-Jek are competing to become the region’s ‘super app.’ Since Uber exited more than a year ago, the ride-hailing war has developed into a contest to become the daily go-to app for the region’s 600 million consumers. That’s seen Go-Jek and Grab steadily add new features and services. Those range from the obvious like food and grocery deliveries, to messages, haircuts and other services on demand, and now even games, video streaming and other entertainment.

Grab operates in eight countries while Go-Jek, which finally forayed outside of Indonesia last year, is present in four. 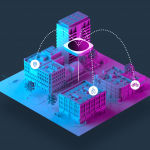