Fabric raises $110 million Series B to expand its network of automated fulfillment centers in the U.S.

Fabric, the startup that wants to make automated logistics available to retailers of all sizes, announced today it has raised $110 million in Series B funding. The round was led by Corner Ventures, with participation from Aleph, Canada Pension Plan Investment Board (CPPIB), Innovation Endeavors, La Maison, Playground Ventures and Temasek.

This brings the total funding raised so far by Fabric (formerly called CommonSense Robotics) to $136 million. Its last round was a $20 million Series A announced in February 2018. Fabric also said today that it is launching a platform model that will allow its clients to build micro-fulfillment centers on their own property that use the startup’s AI and robotics-based technology.

Fabric was founded in Tel Aviv in 2015 and is now headquartered in New York. Its Series B will be used for its U.S. expansion, where it currently has 14 sites under contract, including three micro-fulfillment centers that are currently being built in New York City. One of those is scheduled to open by the first quarter of next year and will be available to retailers who want to make on-demand fulfillment, including one-hour deliveries, available to their customers.

Last October, Fabric opened its first micro-fulfillment center in Tel Aviv, giving an inside look into how the company’s system works. Robots move around the warehouse, picking up inventory so human workers can stay at a scanning station. Fabric says the 6,000 square feet station now processes up to 600 orders a day, including one-hour deliveries.

Steve Hornyak, chief commercial officer at Fabric, told TechCrunch that it plans to expand its platform model into at least one other U.S. city next year and currently has deals with several U.S. retailers that will be announced in the coming months.

Fabric’s logistics platform can be used by retailers of any size, but “for SMBs, our service model is particularly revolutionary as it has been built to allow for multiple tenants leveraging the same platform. It enables retailers that don’t have the resources or infrastructure to build an entirely new fulfillment operation themselves to access a world-class logistics solution that enables profitable on-demand fulfillment,” he said.

Of course, retailers and logistics providers in the U.S. have to deal with the specter of Amazon, which Hornyak said Fabric views “as the force that’s fundamentally driving the market, transforming retail as we know it at a dizzying pace and pushing all other players to adapt in a rapidly evolving space.”

“When Amazon announces it’s providing free same-day deliveries of $1 items, that becomes the consumer expectation—and the faster the delivery, the more complicated and expensive it is,” he added. “Our aim is to enable all other retailers to stay relevant and competitive in this world that Amazon has created, providing the operational, strategic and financial infrastructure they need to meet consumer expectations profitably, sustainably, and at scale in an on-demand world.”

As part of its expansion plans, Fabric plans to grow its commercial, operations and tech support teams in the U.S., as well as its engineering team in Tel Aviv.

In a press statement, Corner Ventures managing partner John Cadeddu said “Fabric is the micro-fulfillment market leader with a production-proven platform that drives tremendous value for its retail partners and consumers alike. We are delighted to be partnering with the Fabric team in their incredible vision to reinvent how goods are fulfilled and delivered in this on-demand world, ultimately empowering retailers to provide faster deliveries at lower costs and at scale.” 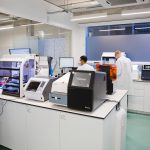 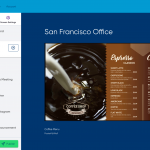