The startup was founded in 2013 and it operates services in Indonesia and the Philippines — CekAja.com and eCompareMo.com, respectively — which have collectively served over 50 million customers through a mixture of smaller loans paid back over 6-18 months and longer installment-based plans that run from 18-32 months.

Following this investment, it plans to also open a business in Thailand — the support of Muang Thai is sure to help there — as part of its mission of opening consumer financing products up to consumers in Southeast Asia. More generally, the capital will go towards expansion, particularly around consumer marketing.

Working with, not disrupting, banks

Unlike some parts of the world, fintech challengers in Southeast Asia are working with the existing financial institutions to help them reach segments of the population that are not addressed today. Data is a huge part of that. In most parts of the region — excluding Singapore and perhaps Malaysia — few consumers are credit profiled. That makes a bank or lender’s job of assessing their suitability for a loan extremely challenging. Throw in that they are often seeking small- to mid-sized loans, and the potential value of the customer is likely lower than the resources that would be spent evaluating them.

The system is broken but the good news is that the advent of smartphones is bringing usable data to the fore. Southeast Asia counts over 300 million internet users and that’s growing at a rapid rate.

Instead of disruption, those companies, and C88, are guiding the banking industry into the previously unaddressable long-tail of customers by actively pre-verifying them and ascertaining not just whether they are eligible for financial products, but what kind and at what rate. Indeed, very often it isn’t that a person is a so-called ‘bad actor,’ it’s more the case that there isn’t sufficient data to prove that they are eligible for credit.

“Many times [banks and lenders] just can’t lend the cash out efficiently,” CEO JP Ellis told TechCrunch in an interview. “But that can change with the advent of digital-enabled societies, data and mechanisms to price on an individual basis. It’s all about partnering with [financial institutions] because they have so much capital on their balance sheet.”

C88 claims to work with over 90 banks, financial institutions and lenders. It effectively acts as the data pipeline, sorting through would-be credit applicants to assess their level of eligibility and the types of products best suited to them. That involves a mix of data, some structured some unstructured, and work with established firms like Experian, but it remains a challenge given the aforementioned lack of credit scoring. Indeed, Ellis estimates reach is as low as 20-30 percent of the population in Indonesia, for example — which is a big deal since it is the world’s four-largest country with a population of over 260 million.

With around 10 percent of applicants successful for credit products using traditional methods, Ellis said he wants to broaden access to capital which he believes can help build up Southeast Asia’s already-growing economies. 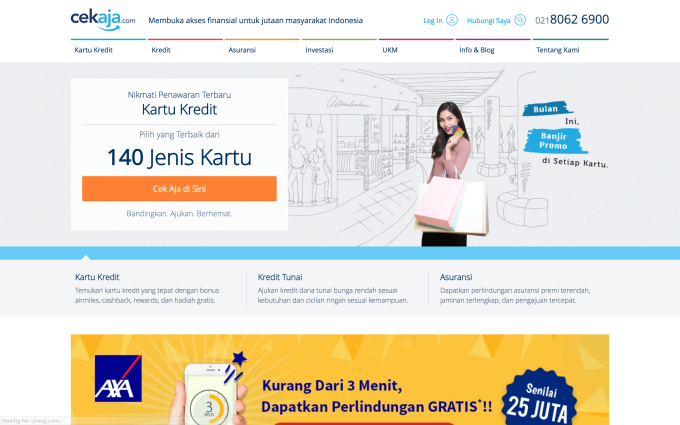 That hits on a chord that’s noticeable across Southeast Asia: unlike other regions where credit and financial products seem rigid and almost unfriendly to consumers, the industry in Southeast Asia is working to be more relatable to consumers. At least in terms of the rhetoric, which includes smaller loans, flexible payment schedules and newer kinds of credit scoring.

Ellis said some of the methodologies come from China — where internet titans Alibaba and Tencent offer financial services that are based on factors like mobile payments and utility bill history — but he said that the region’s fintech movement in Southeast Asia is very much marching to its own beat.

In Indonesia, for example, one product C88 offers is with DBS, the region’s largest bank, and some of the eligibility data is related to operator Telkomsel, which has over 190 million customers.

C88 is also offering its own-branded policies in some cases, such as dengue fever insurance in the Philippines. That’s in partnership with an insurer on the backend. Ellis said the company only offers new products when it sees an unmet need in the market, it doesn’t intend to compete with what’s already on offer from the industry, which remains its key partner.

Beyond unsecured loans and insurance, the company is also dipping its toes into asset management, although the C88 CEO concedes that this market is smaller — in terms of sheer numbers, at least.

The deal marks the first major investment in Southeast Asia for Experian, the Dublin-headquartered firm valued at around £17.5 billion, or $23 billion, and listed in London. It signals a new role helping to develop startups in Asia coming as it does just under a year after Experian backed Bankbazaar with its maiden investment in India.

“Five or six years ago, we started to think about how we solve some bigger problems rather than just being a stoic software company,” Ben Elliott, who is managing director of Experian’s Asia Pacific business, told TechCrunch in an interview. “We’re looking at organizations that we think are either disruptive in the market where we have a role to play, or those that are building into something we think we can grow with.”

Singapore-based Elliott pointed that nearly one-quarter of Southeast Asians have access to a bank account, so new methods of reach are essential. He said that the C88 deal isn’t necessarily a path to acquisition for Experian. While he didn’t rule out the possibility in the future, he said that “the initial focus is to be a valuable investor and a good partner in the business.”

Ellis, the C88 CEO, believes there’s an opportunity to work very closely with the new investor beyond new credit scoring systems they are jointly cooking up.

“Many of our financial institutions already use Experian products, so we have the opportunity to really combine forces,” he said. 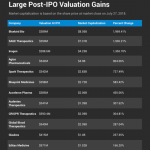