Fever, a startup that uses proprietary algorithms to help companies plan events, announced today that it has raised $35 million led by Rakuten Capital, the investment arm of Japanese internet giant Rakuten . Other investors in the round, which brings Fever’s total raised to $70 million, included Atresmedia, Accel and Michael Zeisser, the former chairman of U.S. investments for Alibaba Group. Zeisser will also join Fever’s board.

Based in Madrid and London, Fever’s app generates personalized events listings for users and feeds into its Secret Media Network, which also collects user data from the company’s social media channel. The anonymized data is then analyzed using Fever’s algorithms to help companies plan events like “The Alice in Wonderland MaddHatter G&T” in Hollywood, the Halloween-theme “House of Spirits in Los Angeles and “Candlelight Concerts,” classical music shows aimed at young audiences.

The company now claims 25 million unique users per month across its main markets in London, New York, Paris and Madrid, and plans to use its new funding to expand into new cities.

In an email, Fever CEO Ignacio Bachiller told TechCrunch that Fever plans to expand into Chicago and Barcelona next (it launched in Paris, Los Angeles, Lisbon and Manchester last year). Then it will launch in new markets every couple of months, mostly in the United States and Europe this year and also in Asia next year. He added that one way Fever differentiates from other event discovery platforms is that it does not focus on discount-driven events and that there is no other platform currently “using firsthand discovery behavioral data to inform what new experiences to create by predicting demand. Basically, there is no Netflix for experiences.”

Bachiller also says that Fever may potentially collaborate with other Rakuten portfolio companies to help SMBs increase engagement with their customers. 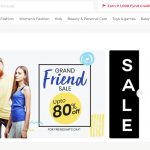