As tech companies continue their race to control the smart home, a promising energy startup has raised a round of funding from traditionally-tech and strategic investors, for a geothermal solution to heat and cool houses. Dandelion Energy, a spinout from Alphabet X, has raised $16 million in a Series A round of funding, with strategic investors Comcast Ventures leading the round along with GV, the investment arm of Alphabet formerly known as Google Ventures.

Lennar Corporation, the home building giant, is also coming in as an investor, as are previous backers NEA, Collaborative Fund, Ground Up, and Zhenfund, and other unnamed investors. Notably, Lennar once worked with Apple but is now collaborating with Amazon on smart homes.

As a side note, Dandelion’s investment is a timely reminder of how central “new home” startups are right now in smart home plays. Amazon just yesterday announced one more big move in its own connected home strategy with the acquisition of Mesh WiFi startup eero, which helps extend the range and quality of WiFi coverage in a property.

This is the second funding round for Dandelion in the space of a year, after the company raised a seed round of $4.5 million in March 2018, a mark of how the company has been seeing a demand for its services and now needs the capital to scale. In the past year, it had accrued a waitlist of “thousands” of homeowners requesting its services across America, where it is estimated that millions of homeowners heat their homes with fossil fuels, which are estimated to account for 11 percent of all carbon emissions.

The company is based out of New York, and for now New York is the only state where its services are offered. The funding may help change that. It will be used in part for R&D, but also to hire more people, open new warehouses for its equipment and supplies, and for business development.

It’s not clear what Dandelion’s valuation is — we will be asking — but in its last round the company had a modest post-money valuation of $15 million, according to PitchBook. It has now raised $23 million in total since spinning out from Alphabet X, the company’s moonshot lab, in May 2017.

The premise of Dandelion’s business is that it provides a source of heating and cooling homes that takes people away from consuming traditional, energy grid-based services — which represent significant costs, both in terms of financial and environmental impact. If you calculate usage over a period of years, Dandelion claims that it can cut a household’s energy bills in half while also being significantly more friendly for the environment compared to conventional systems that use gas and fossil fuels.

While there have been a number of efforts over the years to tap geothermal currents to provide home heating and cooling, many of the solutions up to now have been challenging to put in place, with services typically using wide drills and digging wells at depths of over 1,000 feet.

“These machines are unnecessarily large and slow for installing a system that needs only a few 4” diameter holes at depths of a few hundred feet,” Kathy Hannun, cofounder and CEO of Dandelion, has said in the past. “So we decided to try to design a better drill that could reduce the time, mess and hassle of installing these pipes, which could in turn reduce the final cost of a system to homeowners.”

The smaller scale of what Dandelion builds also means that the company can do an installation in one day. 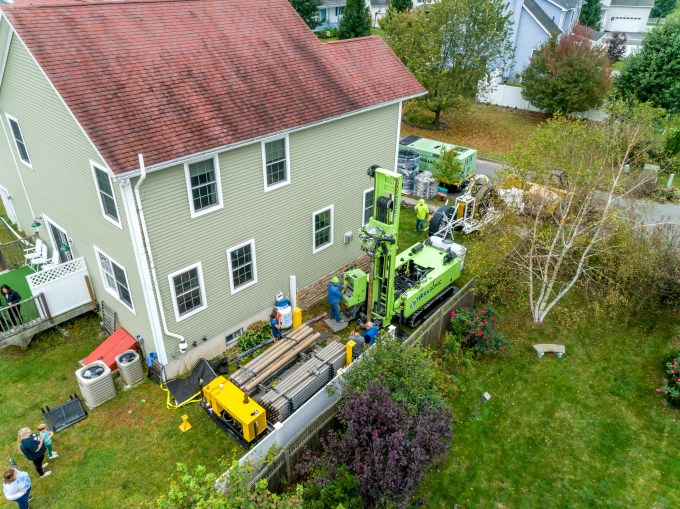 While a pared-down approach this means a lower set of costs (half the price of traditional geothermal systems) and quicker installation, that doesn’t mean that upfront costs are non-existent. Dandelion installations run between $20,000 and $25,000, although home owners can subsequently rack up savings of $35,000 over 20 years. (Many choose to finance the installation which also brings down the upfront cost.)

This is also where Lennar comes in. The company is in the business of building homes, and it has been investing in particular in the idea of building the next generation of homes by incorporating better connectivity, more services — and potentially alternative energy sources — from the ground up.

“We’re incredibly excited to invest in Dandelion Energy,” said Eric Feder, Managing General Partner for Lennar Ventures, in a statement. “The possibility of incorporating geothermal heating & cooling systems in our new homes is something we’ve explored for years, but the math never made sense. Dandelion Energy is finally making geothermal affordable and we look forward to the possibility of including it in the homes Lennar builds.”

The fact that Comcast is among the investors in Dandelion is a very notable development.

The company has been acquiring, and taking strategic stakes in, a number of connected-home businesses as it builds its own connected home offering, where it not only brings broadband and entertainment to your TV and come computers, and also provides the tools to link up other connected devices to that network to control them from a centralised point.

Dandelion is literally “off grid” in its approach to providing home energy, and while you might think that it doesn’t make sense for a company that is investing in and peddling services and electronic devices connected to a centralised (equally electricity-consuming) internet to be endorsing a company that’s trying to build an alternative, it actually does.

Viewed in terms of the segment of customers that Comcast is targeting, it’s selling a bundle of connected home services to a demographic of users who are not afraid of using (and buying) new and alternative technology to do things a different way from how their parents did it. Dandelion may not be “connected” but even its approach to disconnecting will appeal to a person who may already be thinking of ways of reducing his or her carbon footprint and energy bills (especially since they may be consuming vast amounts of electricity to run their connected homes).

“The home heating and cooling industry has been constrained by lack of innovation and high-costs,” said Sam Landman, managing director of Comcast Ventures, in a statement. “The team at Dandelion and their modern approach to implementing geothermal technology is transforming the industry and giving consumers a convenient, safe, and cost-effective way to heat and cool their homes while reducing carbon emissions.”

Landman and Shaun Maguire, a partner at GV, will both be joining Dandelion’s board with this round.

“In a short amount of time, Dandelion has already proven to be an effective and affordable alternative for home heating and cooling, leveraging best-in-class geothermal technology,” said Maguire, in a statement. “Driven by an exceptional leadership team, including CEO Kathy Hannun, Dandelion Energy is poised to have a meaningful impact on adoption of geothermal energy solutions among homeowners.” 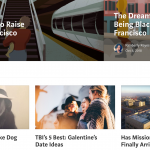