Backed by Expa, Aero is a premium air travel startup with $16M in funding

The startup is also revealing that it’s raised a total of $16 million in funding. In addition to Expa, GGV Capital also invested.

Aero said its goal is to offer the luxury of private jet travel while charging “less than the cost of commercial first class.” To do this, it matches up travelers who are going to the same destination, putting them on direct flights into and out of private airports.

That means the flight itself should be what Aero described as a luxurious, social experience — and you also get to skip the nightmare of airport security. For example, the company ran test flights over the summer in partnership with a European air carrier, transporting passengers directly between Mykonos (Greece) and Ibiza (Spain), and it plans to start selling tickets to Telluride and La Paz (Mexico) next month.

Camp (who, in addition to Expa, co-founded StumbleUpon and Uber) previously invested in private jet startup BlackJet, which eventually shut down.

When asked for who’s been taking these flights so far, a company spokesperson said, “Our customers are experience driven, and skew towards millennial and Gen Z customers who believe that seamless air should be part of their travel experience.”

“I am super excited to be leading the Aero team to bring to life our vision of ushering in a new golden age of air travel,” Subramanian said in a statement. “I believe that flying should be a magical experience – not just getting from A to B, but rather an experience to be savored and shared. We want to be the premier air carrier for the experience economy.” 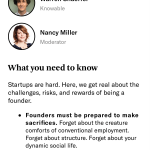