Asia-focused marketing startup AnyMind Group has landed a further $8 million in funding to close out its Series B round and expand into new verticals.

The company announced a $13.4 million raise back in November, but that has now expanded to $21.4 million thanks to an additional injection from VGI Global Media, a Thailand-based firm that specializes in outdoor media, and Tokyo Century, a financial services firm that has invested in Grab among others. Japanese messaging app Line and Mirai Creation Fund, which is backed by Toyota, are among the original investors in the round, which valued the company at $200 million — though it isn’t clear if that number has increased with this new tranche of investment. The company has now raised close to $36 million to date.

AnyMind, which was formerly known as AdAsia, started out with a focus on internet advertising but it has since expanded to offer HR and marketing services. There are also further vertical expansions following this capital. AnyMind is moving into outdoor advertising in Thailand — through a joint venture with VGI focused on covering commuter routes and public transport — while, also in Thailand, it has acquired YouTube media company Moindy. Both of these moves are likely to come with regional expansions further down the line, according to AnyMind, which has a sizeable office in Thai capital city Bangkok.

Finally, AnyMind is also launching another new service: CastingAsia Creators Network, which is a network of social media influencers to complement its marketing and advertising media units.

Here’s more background on the company from our earlier report on the earlier Series B announcement:

AnyMind was founded in April 2016 by Japanese duo CEO Kosuke Sogo, the former managing director of Japan’s MicroAd in APAC, and COO Otohiko Kozutsumi, who had been with MicroAd Vietnam — and both men are ambitious with their plans to grow.

Indeed, despite being less than three years old, AnyMind says it has been profitable since early 2017. It said total revenue for 2017 was $26 million, up from $12.9 million one year previous. In an interview with TechCrunch, Sogo said he expects revenue for this year to be more than double that of 2017. He added that Southeast Asia, where the firm first set its focus, accounts for the lion’s share of revenue, with its one-year Japan operation pulling the remaining 30 percent.

Today, the company has 12 offices — including a product development center in Vietnam — and its services are present in 11 markets across Asia. It has some 330 staff, up from 90 just 18 months ago, and serves more than 1,000 clients across its three businesses. 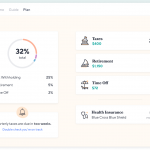