“Alphabet has invested in Oscar over many years and has seen the company and its team up close. We’re thrilled to invest further to help Oscar in its next phase of growth,” an Alphabet spokesperson told TechCrunch.

That $165 million round raised back in March valued the health startup at around $3 billion. The new round maintains a similar valuation, while giving Alphabet a 10 percent share in Oscar. The deal also has longtime Google employee and former CEO Salar Kamangar joining Oscar’s board.

Oscar co-founder and CEO Mario Schlosser announced the news in an interview with Wired, telling the site, “We can hire more engineers, we can hire more data scientists, more product designers, more smart clinicians who can think about health care a different way. It’s the acceleration of that product roadmap that fascinates us the most. The second, more tangible piece, is that we’re launching new product lines.”

Part of that product expansion includes getting into Medicare Advantage in 2020, which is a deviation from the current offerings in the individual and employer insurance markets. Oscar started out by offering insurance for individuals, growing rapidly during the launch of the Affordable Care Act and then rolling into small business offerings with its product Oscar for Business. Medicare represents a new vertical for the company, adding to its existing focus on both the individual and employer insurance markets.

“Oscar will accelerate the pursuit of its mission: to make our health care system work for consumers,” Schlosser said in a statement provided to TechCrunch. “We will continue to build a member experience that lowers costs and improves care, and to bring Oscar to more people — deepening our expansion into the individual and small business markets while entering a new business segment, Medicare Advantage, in 2020.” 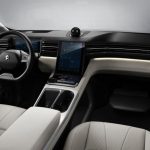