TrueLayer, the London startup that’s built a developer platform to make it easy for fintech and other adjacent companies, such as retailers, to access bank APIs — and ride the Open Banking and PSD2 gravy train — has picked up further $7.5 million in funding.

Leading the round is venture capital fund Northzone. It follows a $3 million Series A in June last year, and will be used for European expansion, starting with Germany and France.

The new capital will also be invested in growing the TrueLayer team and to develop new products to help companies and consumers make the most of Open Banking and PSD2, where co-founder Francesco Simoneschi tells me the opportunities are huge, even if they remain largely untapped, thus far.

“I think the first quarters of 2018 have been about working and educating companies on Open Banking and how to build propositions on top of it,” he says. “This has seen a silent yet massive stream of inbound demand for us. To put things in context, we grew 500 percent in terms of the developer community averaging hundreds of companies a month asking how to start using TrueLayer and the services that we enable — from two people in a garage to the largest enterprise”.

Since Open Banking was tentatively launched in the U.K. January, TrueLayer has secured partnerships and integrations with a number of fintech companies including challenger banks Monzo and Starling Bank, along with the likes of Zopa, ClearScore, Canopy, Plum, BitBond, Emma, Anorak, and CreditLadder.

This has happened in despite of a press narrative around a “failed Big Bang kind of uptake” and incumbent banks not cooperating or meeting their minimum statutory requirements in time (which is undeniably true, in some instances). The reality on the ground, however, is quite different, argues Simoneschi.

“Remember that exponential growth often looks sub-linear at the very beginnings,” he says. “Based on the view of the market that we have, contracts signed, POCs and advanced conversations, I can assure you that you will see a wealth of high street banks and retailers, financial institutions, global platforms, marketplaces, loyalty and rewards propositions, crypto exchanges, wallets and fintech applications experimenting and launching Open Banking-based propositions in the next 12 months”.

To that end, TrueLayer offers a single platform/API to connect to 16 major and not so major banks and credit cards in the U.K., using a mixture of official Open Banking APIs, access to private APIs, and, at a push, screen scraping — depending on a developer’s data needs and stomach for the different kinds of official and unofficial access available. As well as account verification, the platform supports KYC processes, and transactional data for things like account aggregation, credit scoring, and risk assessment.

In addition to its developer-friendly ‘universal’ API, TrueLayer is also developing a number of other value-add services that do even more heavy-lifting and negate the need for other fintechs to keep re-inventing the wheel. These include features such as data cleansing, enhanced security and transaction categorisation.

However, Simoneschi says there is a lot more Open Banking goodness to come yet, especially in the payments space.

“We got FCA authorization for both access to data (AISP) and access to payments (PISP). The demand for the latter has been going through the roof in the last few months and we are taking steps to release a Payment API to the general public later this fall,” he tells me.

This means that companies, such as online retailers, will be able to use TrueLayer to connect directly to customers’ bank accounts as a means of taking payment, therefore bypassing traditional debit and credit card charges, which legislators hope will help to break the duopoly of Visa and MasterCard.

On that note, Jeppe Zink, Partner at Northzone, says that the “walled gardens” of financial institutions, such as banks, are being knocked down, and that banking transactions will increasingly take place away from a bank’s main interface. “To enable this to function, you need thousands of banks to deliver transaction data in a single, secure and compliant way,” he says. “This is a massive undertaking which TrueLayer intends to be the centrepiece of”. 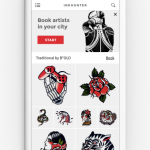