Wind Mobility, the Berlin and Barcelona-based micro-mobility startup that operates e-scooter rentals in Europe, Israel and Asia, is disclosing $50 million in Series A funding. The new round is backed by existing investors. The company last raised $22 million in funding eight months ago from Chinese Source Code Capital and Europe’s HV Holtzbrinck Ventures, after it pivoted away from bike rentals to focus on e-scooters.

Coinciding with the new funding, Wind is unveiling its “third generation” e-scooters, which it says have been designed “from the ground up” for micro-mobility sharing. Eight months in development, the new hardware claims to be significantly more durable and best-in-class for battery life with the ability to drive 65-80km between charges.

The battery is hot swappable, too, meaning that it should be more efficient to run the Wind e-scooter service. That’s because not only can more scooters remain in circulation at any given time, potentially increasing revenue per scooter, but there’s a reduction in the cost of collecting dead batteries for re-charging as they are de-coupled from the scooter itself.

Wind also claims its new scooter has the highest waterproofing with IP67 standard, and that its increased durability should see it last over 12 months when used in the tough sharing environment. That in turn puts the startup on a better unit economic footing since flimsy hardware that needs to be replaced frequently has been a fiscal drag for e-scooter companies using off-the-shelf e-scooters designed primarily for single ownership and not for commercial use.

In the last few months a number of other micro-mobility companies have announced upgrades to their hardware, including European competitors Voi and Tier, although Wind Mobility co-founder and CEO Eric Wang has long talked up the importance of hardware as a differentiator, something he echoed again in a call late last week.

Specifically, Wang argued that it is still “Day One” in the e-scooter rental race and even though Wind hasn’t been as aggressive in its roll out and has deployed less scooters than Lime, Voi and Tier in Europe, he says there is still everything to play for. He said it was a conscious decision not to put too many scooters on the streets until the hardware was good enough to set the company on a path to profitability. Even with the 3rd generation scooter being deployed immediately, the company plans to stagger the launch so that it can gather sufficient data on how the new hardware is performing before hitting the accelerator so to speak.

The early signs look promising, however (in a video Wang sent me via WhatsApp the new Wind scooter survives being plunged into a pond and can be seen driving off after retrival from the water), although the Wind CEO cautions other companies and industry commentators not to underestimate how difficult hardware is. He argues that the detailed design decisions that Wind has made and the resulting improvements aren’t easily replicated any time soon and that there are “no shortcuts” in hardware. This has seen Wind set up its own R&D center in China in order to work as closely with the supply chain as possible. 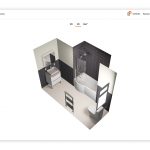