What lower Netflix pricing tells us about competing in India

At a conference in New Delhi early last year, Netflix CEO Reed Hastings was confronted with a question that his company has been asked many times over the years. Would he consider lowering the subscription cost in India?

It’s a tactic that most Silicon Valley companies have adapted to in the country over the years. Uber rides aren’t as costly in India as they are elsewhere. Spotify and Apple Music cost less than $2 per month to users in the country. YouTube Premium as well as subscriptions to U.S. news outlets such as WSJ and New York Times are also priced significantly lower compared to the prices they charge in their home turf.

Hastings had also come prepared: He acknowledged that the entertainment viewing industry in India is very different from other parts of the world. To be sure, much of the pay-TV in India is supported by ads and the access fee remains too low ($5). But that was not going to change how Netflix likes to roll, he said.

“We want to be sensitive to great stories and to fund those great stories by investing in local content,” he said. “So yes, our strategy is to build up the local content — and of course we have got the global content — and try to uplevel the industry,” he said, identifying movie-goers who spend about Rs 500 ($7.25) or more on tickets each month as Netflix’s potential customers.

Less than a year and a half later, Netflix has had a change of heart. The company today rolled out a lower-priced subscription plan in India, a first for the company. The monthly plan, which restricts usage of the service to mobile devices only, is priced at Rs 199 ($2.8) — a third of the least expensive plan in the U.S.

At a press conference in New Delhi today, Netflix executives said that the lower-priced subscription tier is aimed at expanding the reach of its service in the country. “We want to really broaden the audience for Netflix, want to make it more accessible, and we knew just how mobile-centric India has been,” said Ajay Arora, Director of Product Innovation at Netflix.

The move comes at a time when Netflix has raised its subscription prices in the U.S. by up to 18% and in the UK by up to 20%.

Netflix’s strategy shift in India illustrates a bigger challenge that Silicon Valley companies have been facing in the country for years. If you want to succeed in the country, either make most of your revenue from ads, or heavily subsidize your costs.

But whether finding users in India is a success is also debatable. 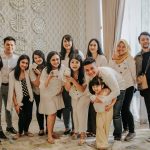