Wattpad is further expanding into Asia with a new partnership and undisclosed strategic investment from Times Bridge, the global investment arm of the Times Group in India. The deal aims to help the storytelling community establish a larger presence in the country where it already counts over 2.6 million monthly users who have shared more than 4 million stories to date, it says.

Similar to its recent partnership with entertainment partner Huayi Brothers Korea, the deal with Times Bridge is also focused on turning more Wattpad stories into books, TV shows, movies, and other digital projects in the region.

This is an area where Wattpad has found some success. In the U.S., one of the stories on its platform became the Netflix teen hit “The Kissing Booth,” and other stories have become projects at Hulu, AwesomenessTV, eOne, Sony, SYFY, iflix, Universal Cable Productions (NBCU), and elsewhere. The company also just launched its own books division to better capitalize on bringing its online stories to print. 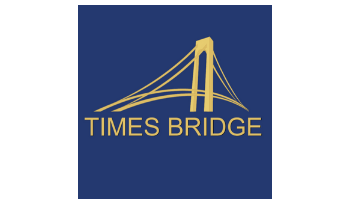 India has been a more recent focus for Wattpad, following its  $51 million raise from Tencent. Soon after, the company appointed its first Head of Asia for Wattpad Studios, Dexter Ong. And it also recently hired its first GM of India, Devashish Sharma, who has been working with local partners to turn its stories into movies, TV, digital and print in the region.

“Millions of Indian readers and writers have already found a home Wattpad,” said Sharma, in a statement. “Times Bridge and The Times Group have an unmatched media and entertainment portfolio, and connections with some of India’s most-respected authors and cultural figures. We’re excited to work together to create new opportunities for Indian storytellers,” he added.

To find the stories that become popular, Wattpad relies on a combination of human curation and technology – the latter with its Story DNA machine learning system that helps to identify the standouts by deconstructing things like sentence structure, word use, grammar and other factors that contribute to popularity.

“We’re thrilled to work with Times Bridge expand our footprint in the region and create more opportunities for India’s rich literary community to tell their stories, reaching new audiences in India and around the world,” said Wattpad co-founder and CEO Allen Lau, in a statement.

Wattpad didn’t disclose Times Group’s investment. The firm has previously partnered with other tech companies in India, and has investments in Uber, Airbnb, Coursera, Houzz, MUBI, Smule, and others.