Walmart is expanding further into apparel with today’s announcement of its plans to acquire the digitally native, women’s plus-size clothing brand ELOQUII for an undisclosed amount. The all-cash deal includes ELOQUII CEO Mariah Chase, her executive team and its 100 employees, who will continue to be based in Long Island City, NY and Columbus, OH. They’ll join Walmart’s U.S. e-commerce organization, reporting to Andy Dunn, SVP of Digital Consumer Brands, Walmart U.S. eCommerce, when the deal closes later this year.

Walmart won’t disclose the deal size, but says it’s larger than its ModCloth acquisition ($75M) but smaller than Bonobos ($310M). That’s in line with Recode’s report claiming the deal is $100 million.

Women’s plus-size fashion is of interest to Walmart because it’s one of the fastest-growing segments of women’s apparel, and an estimated $21 billion market, the retailer explains. More than half of U.S. women ages 18-65 now wear a size 14 or higher, but traditional fashion brands often overlook their needs by limiting clothing options, or failing to address fit.

ELOQUII was founded in 2011 and then relaunched in 2014 as a direct-to-consumer brand catering to this market. Since 2015, the company has seen 3x revenue growth and has achieved a Net Promoter score of near 80.

Beyond simply having the means to address this market with more inventory, ELOQUII is another means for the retailer to reach a segment of online consumers who perhaps wouldn’t have otherwise considered shopping Walmart. This is a similar strategy Walmart made when snatching up other fashion brands, including Bonobos and ModCloth, for example. In fact, Bonobos and ModCloth shoppers were so anti-Walmart in some cases, there was a backlash following their acquisitions.

ELOQUII has grown its online profile thanks to savvy internet marketing and high-profile relationships, like the one with Reese Witherspoon, who partnered on a plus-size collection from her clothing line Draper James. The retailer also tapped other brands like Stone Fox Bridal and Jason Wu – the latter designer who’s a fav of celebs like Karlie Kloss, Diane Kruger, and Lily Aldridge.

It has also listened to and promptly responded to customer feedback as it grew.

“Addressing customers’ vocal requests for fashion-forward styles is something ELOQUII does incredibly well,” notes Dunn, in a blog post about the deal. “For example, they recently uncovered 80% of ELOQUII customers work full-time, and one of the most frequent requests from customers was for fashionable work wear. Embracing the feedback, ELOQUII launched The 9-5 Kit and most recently The Premier Workwear Kit, filling an unmet need in the category and further reinforcing trust with customers in the process,” he says.

Walmart has picked up a number of brands to help it expand its reach and inventory in recent years, including Moosejaw ($51M), ShoeBuy, Jet.com ($3B), Hayneedle, in addition to Bonobos and ModCloth. Most continue to offer their own online stores, though Moosejaw just became the first acquisition to open its own storefront right on Walmart’s site. It also introduced its own Allswell home and bedding digital brand.

The retailer says the ELOQUII deal is expected to close later this quarter. The brand has raised $21 million to date, according to Crunchbase data, from investors including Acton Capital Partners, Greycroft, Grace Beauty Capital, Female Founders Fund, Fabrice Grinda, FJ Labs, Max Ventures, and HDS Capital. However, ELOQUII has actually raised more than that – $42 million, according to Recode. 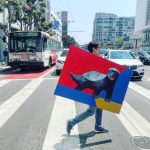