The companies said Vox Media’s chairman and CEO Jim Bankoff will continue to lead the combined organization, while New York Media CEO Pam Wasserstein will become president and join the Vox board of directors.

Along with the titular website, Vox also owns SB Nation, Recode, The Verge and other online properties. It’s also launched shows on Netflix and PBS, and has a multi-year deal with Hulu. This, however, marks its first move into traditional magazine publishing.

New York Magazine, meanwhile, started out as a supplement to the New York Herald Tribune before becoming a standalone magazine in 1968. It was acquired by Wasserstein’s father Bruce in 2004.

“I have long admired what Pam and the New York Media team have built, especially their ability to shape conversations with some of the most relevant and ambitious work in digital, print, and events,” Bankoff said in a statement. “This combination puts Vox Media in an unparalleled position to lead the media industry forward by focusing on the highest-quality offerings, most robust business models, and strongest company culture.”

The New York Times reports that this was an all-stock transaction of undisclosed value. Bankoff and Wasserstein told The Times that even after the acquisition, they expect Vox Media to remain profitable.

The deal is expected to close later in the fall. 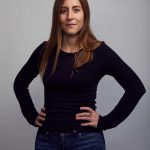