VMware acquires Heptio, the startup founded by 2 co-founders of Kubernetes

During its big customer event in Europe, VMware announced another acquisition to step up its game in helping enterprises build and run containerised, Kubernetes-based architectures: it has acquired Heptio, a startup out of Seattle that was co-founded by Joe Beda and Craig McLuckie, who were two of the three people who co-created Kubernetes back at Google in 2014 (it has since been open sourced).

Beta and McLuckie and their team will all be joining VMware in the transaction.

Terms of the deal are not being disclosed — VMware said in a release that they are not material to the company — but as a point of reference, when Heptio last raised money — a $25 million Series B in 2017, with investors including Lightspeed, Accel and Madrona — it was valued at $117 million post-money, according to data from PitchBook.

Given the pedigree of Heptio’s founders, this is a signal of the big bet that VMware is taking on Kubernetes, and the belief that it will become an increasing cornerstone in how enterprises run their businesses. The larger company already works with 500,000+ customers globally, and 75,000 partners. It’s not clear how many customers Heptio worked with but they included large, tech-forward businesses like Yahoo Japan.

It’s also another endorsement of the ongoing rise of open source and its role in cloud architectures, a paradigm that got its biggest boost at the end of October with IBM’s acquisition of RedHat, one of the biggest tech acquisitions of all time at $34 billion.

Heptio provides professional services for enterprises that are adopting or already use Kubernetes, providing training, support and building open-source projects for managing specific aspects of Kubernetes and related container clusters, and this deal is about VMware expanding the business funnel and margins for Kubernetes within it its wider cloud, on-premise and hybrid storage and computing services with that expertise.

“Kubernetes is emerging as an open framework for multi-cloud infrastructure that enables enterprise organizations to run modern applications,” said Paul Fazzone, senior vice president and general manager, Cloud Native Apps Business Unit, VMware, in a statement. “Heptio products and services will reinforce and extend VMware’s efforts with PKS to establish Kubernetes as the de facto standard for infrastructure across clouds upon closing. We are thrilled that the Heptio team led by Craig and Joe will be joining VMware to help us guide customers as they move to a multi-cloud world.”

VMware and its Pivotal business already offer Kubernetes-related services by way of PKS, which lets organizations run cloud-agnostic apps. Heptio will become a part of that wider portfolio.

“The team at Heptio has been focused on Kubernetes, creating products that make it easier to manage multiple clusters across multiple clouds,” said Craig McLuckie, CEO and co-founder of Heptio. “And now we will be tapping into VMware’s cloud native resources and proven ability to execute, amplifying our impact. VMware’s interest in Heptio is a recognition that there is so much innovation happening in open source. We are jointly committed to contribute even more to the community—resources, ideas and support.”

VMware has made some 33 acquisitions overall, according to Crunchbase, but this appears to have been the first specifically to boost its position in Kubernetes.

The deal is expected to close by fiscal Q4 2019, VMware said. 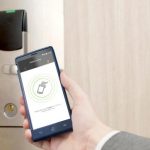