Vista Equity Partners, which likes to purchase undervalued tech companies and turn them around for a hefty profit, has purchased web content management and digital experience company, Acquia in a deal valued at $1 billion.

Robert F. Smith, who is founder and chairman of Vista Equity Partners, says that increasingly brands understand that delivering a quality digital experience is essential to their success, and he sees Acquia  as well positioned in the market to help deliver that. “Acquia understands this and is leading the way in providing innovative solutions to its customers while, at the same time, giving back to the open source community,” Smith said in a statement.

Company co-founder Dries Buytaert, writing on his personal blog about the deal, reiterated that the company will continue to be a big open source contributor after the deal goes through. “This investment should be great news for the Drupal and Mautic communities as we’ll have the right resources to compete against other solutions, and our deep commitment to Drupal, Mautic and Open Source will be unchanged. In fact, we will continue to increase our current level of investment in Open Source as we grow our business,” he wrote.

Scott Liewehr, principal analyst at Digital Clarity Group, says Vista tends to buy companies and then centralize operations so the companies can concentrate purely on growth. “Vista, as a PE firm, tends to make money on companies by standardizing their operations to cut costs. It runs the portfolio companies more like divisions of a larger company than independent entities,” Liewehr wrote in a Tweet.

Tony Byrne, founder and principal analyst at Real Story Group, a firm that keeps a close eye on the digital experience market, points to Marketo as a prime example of how this works. Vista acquired Marketo in May, 2016 for $1.8 billion in cash. It applied the centralization formula and sold the company to Adobe last year for $4.75 billion, a tidy little profit for holding the company for two years, but he cautions there is no guarantee this is how it will play out.

“For customers it depends on whether Vista is looking for mid-term income or pump-up-and-exit a’ la Marketo. For the former it likely means some cost-cutting and potentially staff changes. For the latter, it means more acquisitions and heavy upselling of new services — likely as precursor to long-awaited IPO,” Byrne told TechCrunch. He added, “Tough to imagine any other software firm wanting to buy Acquia, though it’s always possible.”

It’s worth noting that Ping Identity, another firm Vista purchased in 2016, is set to go public soon, so that pathway to IPO is a direction that Vista has also taken. 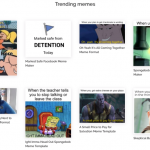