Visa and Andreessen Horowitz are betting even bigger on cryptocurrency, funding a big round for fellow Facebook Libra Association member Anchorage’s omnimetric blockchain security system. Instead of using passwords that can be stolen, Anchorage requires cryptocurrency withdrawals to be approved by a client’s other employees. Then the company uses both human and AI review of biometrics and more to validate transactions before they’re executed, while offering end-to-end insurance coverage.

This new-age approach to cryptocurrency protection has attracted a $40 million Series B for Anchorage led by Blockchain Capital and joined by Visa and Andreessen Horowitz. The round adds to Anchorage’s $17 million Series A that Andreessen led just six months ago, demonstrating extraordinary momentum for the security startup.

“As a custodian, our work is focused on building financial plumbing that other companies depend on for their operations to run smoothly. In this regard we have always looked at Visa as a model” Anchorage co-founder and president Diogo Mónica tells me.

“Visa was ‘fintech’ before the term existed, and has always been on the vanguard of financial infrastructure. Visa’s investment in Anchorage is helpful not only to our company but to our industry, as a validation of the entire ecosystem and a recognition that crypto will play a key role in the future of global finance.” 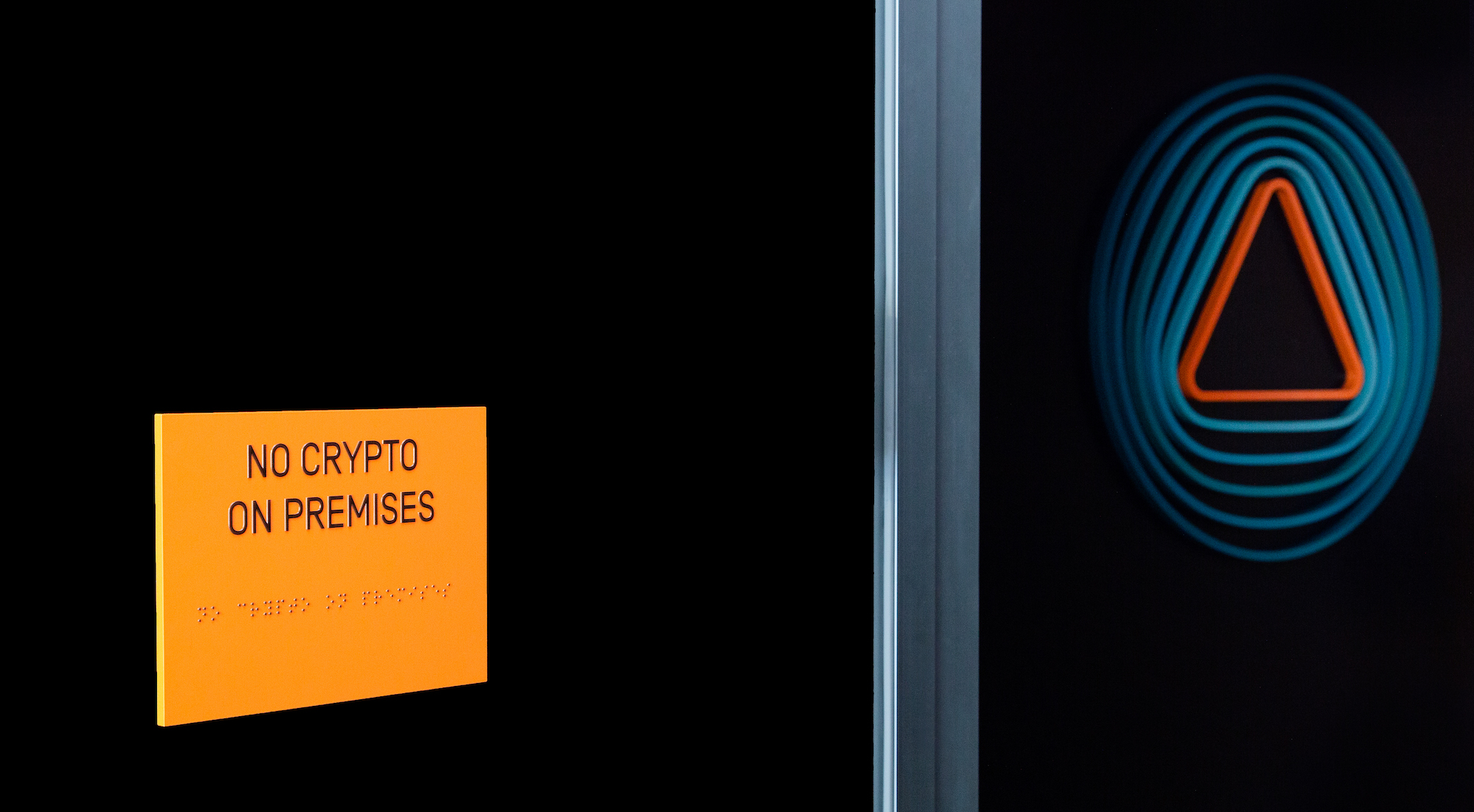 Cold-storage, where assets are held in computers not connected to the Internet, has become a popular method of securing Bitcoin, Ether, and other tokens. But the problem is that this can prevent owners from participating in governance of certain cryptocurrency where votes are based on their holdings, or earning dividends. Anchorage tells me it’s purposefully designed to permit this kind of participation, helping clients to get the most out of their assets like capturing returns from staking and inflation, or joining in on-chain governance.

As 3 of the 28 founding members of the Libra Association that will govern the new Facebook-incubated cryptocurrency; Anchorage, Visa, and Andreessen Horowitz will be responsible for ensuring the stablecoin stays secure. While Facebook is building its own custodial wallet called Calibra for users, other Association members and companies hoping to dive into the ecosystem will need ways to protect their Libra stockpiles.

“Libra is exactly the kind of asset that Anchorage was created to hold” Mónica wrote the day Libra was revealed. “Our custody solution enables online participation with offline assets, so that asset-holders don’t face a trade-off between security and usability.” The company believes that custodians shouldn’t dictate what coins their clients hold, so it’s working to support all types of digital assets. Anchorage tells me that will include support for securing Libra in the future. 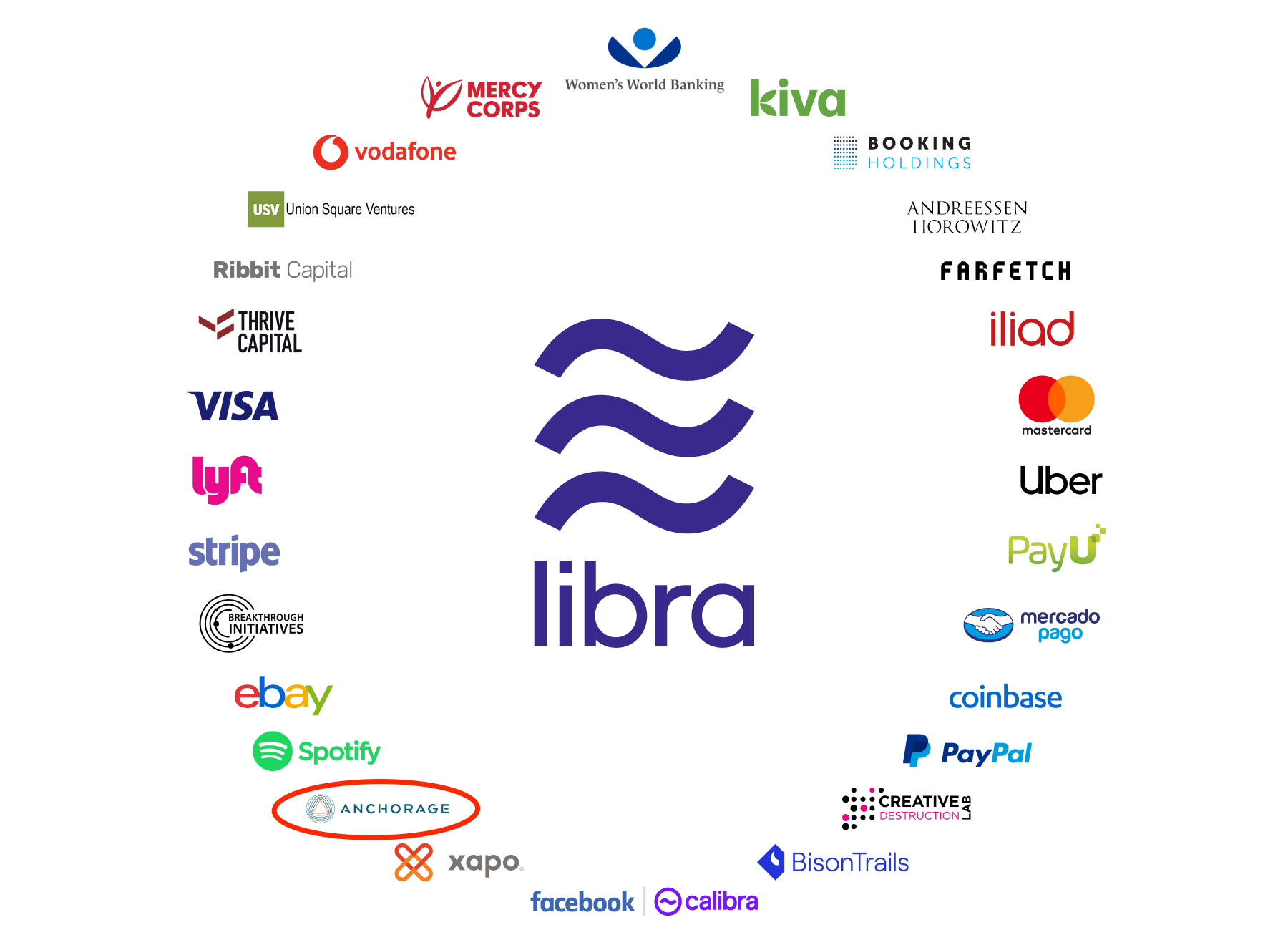 You’ve probably already used technology secured by Anchorage’s founders, who engineered Docker’s containers that are used by Microsoft, and Square’s first encrypted card reader. Mónica was at Square when he met his future Anchorage co-founder Nathan McCauley who’d been working on anti-reverse engineering tech for the U.S. military. When a company that had lost the password to a $1 million cryptocurrency account asked for their help with security, they recognized a recognized the need for a more idiot-proof take on asset protection.

“Anchorage applies the best of modern security engineering for a more advanced approach: we generate and store private keys in secure hardware so they are never exposed at any point in their life cycle, and we eliminate human operations that expose assets to risk” Mónica says. The startup competes with other crypto custody firms like Bitgo, Ledger, Coinbase, and Gemini.

Last time we spoke, Anchorage was cagey about what I could reveal regarding how its transaction validation system worked. With the new funding, it’s feeling a little more secure about its market position and was willing to share more.

Anchorage ditches usernames, passwords, email addresses, and phone numbers completely. That way a hacker can’t just dump your coins into their account by stealing your private key or SIM-porting your number to their phone. Instead, clients whitelist devices held by their employees, who use the Anchorage app to submit transactions. You’d propose selling $10 million worth of Bitcoin or transferring it to someone else as payment, and a minimum of two-thirds of your designated co-workers would need to concur to form a quorum that approves the transfer.

But first, Anchorage would’s artificial intelligence and human staff would check for any suspicious signals that might indicate a hack in progress. It uses behavioral analysis (do you act like a real human and similar to how you have before), biometric signals (do you look like you), and network signals (is your device what and where it should be) to confirm the transaction is legitimate. The same process goes down if you try to add a new whitelisted device or change who has permission to do what.

The challenge will be scaling security to an ever-broadening range of digital assets, each with their own blockchain quirks and complex smart contracts. Even if Anchorage keeps coins safely in custody, those variables could expose assets to risk while in transit. Now with deeper pockets and the Visa vote of confidence, Anchorage could solve those problems as clients line up.

While most blockchain attention has focused on the cryptocurrencies themselves and the exchanges where you can buy and sell them, a second order of critical infrastructure startups is emerging. Companies like Anchorage could make Bitcoin, Ether, Libra, and more not just objects of speculation or the domain of experts, but safely functioning elements of the new world economy.