Veriff raises $7.7M Series A to become the ‘Stripe for identity’

Veriff, the Estonian startup that wants to become something akin to the ‘Stripe for identity’, has raised $7.7 million in Series A funding.

Leading the round is Mosaic Ventures, joining an impressive list of backers that include Taavet Hinrikus, Ashton Kutcher, Paul Buchheit, Elad Gil, SV Angel, ACE Ventures, and Superangel. Mosaic’s Simon Levene, and Hinrikus, who co-founded and is chairman of TransferWise, have joined the Veriff board.

Founded by 23 year old Kaarel Kotkas — who is now on his third startup and has garnered quite a bit of publicity in his home country — Veriff has developed a SaaS and underlying technology to make it easy for companies, such as banks and fintechs, to easily verify a person’s identity online. In fact, Kotkas previously spent some time at TransferWise, where he solidified the idea, before founding the startup and going through Silicon Valley’s Y Combinator as part of its W18 batch.

Offered as a developer-friendly API — hence the Stripe comparison — Veriff says its solution can be implemented “in minutes”. It costs €49 per month, plus €2 per verification.

The aim, says Kotkas, is to make premium identity verification available to smaller companies and not just large corporations that can easily absorb high integration costs of incumbent offerings. However, what really sets Veriff apart from a number of competitors is its use of live video to verify you are who you say you are.

“Veriff has created an online identity verification service that is more secure than physical face to face verification and now we’re making it available to everyone,” he tells me. “We’re the first ones that understood that pictures never do them justice. It’s all about building up trust online and our service uses a unique video based approach to make sure the verification is done in real-time and voluntarily by the right person”.

Off the record, Kotkas divulged some of Veriff’s “secret sauce,” which — understandably — he wants to keep secret. The startup uses hundreds of data points collected through analysing the live video feed, including frame by frame, and from a user’s device and network. It then uses machine learning to sift through this data and, individually and in aggregate, spot patterns and anomalies that might otherwise be missed by a human.

“We know that pictures never do the justice so instead of analysing only pictures we record everything as a video and analyse frames from the video. Our fraud prevention has been built up combining device information, user behaviour, document validation & face comparison,” he says.

As a result of its video-based approach, Kotkas claims that Veriff has the highest conversion rate on the market, without compromising security. “We’ve created an online verification flow that is all about building up trust, so honest users can go through the flow conveniently, but fraudsters will drop”.

To that end, Kotkas says Veriff remains at least two steps ahead of fraudsters. Then, after an uncomfortably long pause and following prodding from me, he attempts to explain how the startup comes up with new techniques and tests them in the wild, again without disclosing too much information. “It’s a good question but a hard one to answer!” he says knowingly.

Meanwhile, Veriff says it has over 40 paying customers globally. They include financial enterprises, marketplaces, sharing economy companies and e-commerce sites. The company has its development and customer service team based in Tallinn, Estonia, and will soon move sales and marketing operations to the U.S. 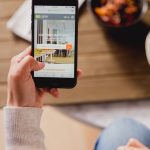