Urban, the London-headquartered company that lets you book a growing range of wellness services on-demand — now including massage, osteopathy, facial, and nail services — has raised $10 million in Series B funding.

The round, which includes an earlier $4.5 million equity crowdfund, is led by Accelerated Digital Ventures (ADV). Two of Urban’s previous backers, Passion Capital and Felix Capital, also followed on.

In a call, Urban founder Jack Tang told me the fund raise will be used by the company to accelerate its goal of becoming a “one-stop shop” for on-demand wellness services, with new product categories planned, including fitness.

Tang has also talked about adding digital only well-ness offerings, harnessing the skills of its practitioners where a face-to-face booking isn’t needed, in addition to a planned content push. This, he believes, will help Urban to launch in further cities and countries in the future but with lower user acquisition costs since its brand will already be known. The company currently operates in several U.K. cities along with Paris.

Related to this Series B, Urban has already begun the process of recruiting a team of 30 engineers in Lithuania at its Vilnius office. The Lithuania team will work on all aspects of the platform, including the client-facing apps, the practitioner business software, Urban’s corporate offering and data science projects.

A security failing that left Urban’s customer database exposed was discovered in late 2018 (and subsequently plugged), and Tang says that much better systems have been put in place since to ensure nothing like that ever happens again. He also explained that by expanding the company’s engineering base, more people will be solely dedicated to security.

Meanwhile, Tang says that the move into wellness services beyond massage has helped Urban to get near to profitability and significantly improve unit economics. The new services have been well received by Urban’s customer base, with 80 percent of new service revenue driven by existing customers. Therefore, the fundraise, he says, isn’t about plugging gaps in revenue but about doubling down on the company’s mission to empower “city-dwellers” to prioritise their wellbeing.

With that said, Tang also cautioned that in the U.K. we are entering a “silent recession,” citing various macro economic data, including that related to consumer spending. Brexit, he thinks, is also a factor. Therefore, he says that it is important for Urban to remain in a strong position to weather any economic storm when discretionary spending will inevitably contract. 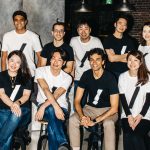