TrendKite is making its first two acquisitions — according to CEO Erik Huddleston, they give the company “the last two components” needed for a complete PR analytics platform.

Until now, TrendKite’s main selling point was the ability to look at the articles written about a company and measure things like the audience reached and the impact on brand awareness.

But while that kind of journalistic coverage remains important, Huddleston said, “The world now is more complicated in terms of who has influence on the public.” That’s where Insightpool and its database of social media influencers comes in, allowing PR teams to find and pitch influencers who can help spread the company’s story.

Union Metrics, meanwhile, provides social media analytics. As Huddleston put it, “they do the same analytics about the conversation around the story as we do around the media coverage.”

With these acquisitions, he said TrendKite can build deeper integrations with products that were already being used together. In fact, he noted that the company had an existing partnership with Union Metrics, and he started thinking about Insightpool in the same context when a customer showed him how they were using TrendKite and Insightpool side-by-side, literally open in adjacent tabs.

The details of how Insightpool and Union Metrics will be packaged and priced as part of the TrendKite platform have yet to been determined. In the meantime, Huddleston said TrendKite will continue to support them as standalone products.

In addition, he said the entire teams of both companies (including Insightpool CEO Devon Wijesinghe and Union Metrics CEO Hayes Davis) will be joining TrendKite, with Insightpool giving Austin-based TrendKite a footprint in Atlanta.

The financial terms of the deal were not disclosed. According to Crunchbase, Insightpool had raised $7.5 million from investors including TDF Ventures and Silicon Valley bank. 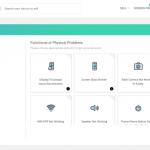