After raising $37 million to bring its on-the-spot stock market analytics tools to a wider range of publishers and other internet partners, TradingView today has announced its first acquisition to supercharge the services that it offers to investors, wherever they happen to be online. The startup has acquired TradeIt, which has built an API for on-the-spot trading on any site that uses it.

The terms of deal were not disclosed, but we understand from sources close to the deal that it was under $20 million, more specifically in the “high teens.” TradeIt, which used to be called Trading Ticket, had raised about $12 million from investors that included Peter Thiel’s mostly-fintech fund Valar Ventures, Citi Ventures and others. TradingView had raised just over $40 million with investors including Insight Partners, TechStars and others.

The deal is a big move for consolidation: together the two say they will serve more than 10 million monthly active users in 150 countries, covering some $70 billion in linked assets. But also, better economies of scale, and better margins for companies that provide services that touch consumers not necessarily from a “home” of their own.

The latter is a growing trend that has mirrored the rise of social media and other services that aggregate content from multiple sources; and also the bigger trend of instant, on-demand everything, where consumers are happier with the convenience of buying or engaging with something right when they want to, rather than shopping around, delaying or navigating to another place to do it.

That has also seen the rise of commerce APIs to buy things instantly, not to mention the emergence of a wide range of commerce applications that let people easily buy goods and services on the spot. (And in line with that, TradingView says that nearly half of its user base today is millennials, with an additional 13 percent even younger, Gen Z. “The groups are particularly drawn to [our] extensive charting expertise,” the company says.)

That taps into the sweet spot where TradeIt and TradingView are building their business.

“TradeIt’s secure and compliant relationships with established U.S. retail brokerages, coupled with their robust integrations with top investing apps, allows TradingView to be part of the backbone of the investing ecosystem,” said Denis Globa, TradingView founder and CEO, in a statement.

TradingView’s partners today include Crunchbase, Investopedia, SeekingAlpha, Zacks, Binance, CME Group and Entrepreneur, where users are able to access a premium tier of TradingView tools by way of a subscription in order to do some instant data and price modelling of a company that they might be reading about. The thinking is that now they will also be able to go one step further by trading stocks related to that information. TradingView, meanwhile, can use that extra feature to make a little more money and sell its service to partners as more sticky, to the tune of 80 percent more time spent with publishers as a result of integrating TradingView’s tools.

That’s something that the two companies can already attest to doing well in partnership.

“TradingView’s vision aligns strongly with our view of the distributed financial networks of the future,” said Nathan Richardson, TradeIt CEO, in a statement. “We’ve worked with TradingView for several years now, and always felt our complementary products and shared retail investing users makes us stronger together.”

Richardson and his cofounder Betsy Eisenberg — who are both joining TradingView — had together built Yahoo Finance — so they are already well experienced in how to leverage the potential of bringing together content with utility.

“Nathan Richardson and Betsy Eisenberg are fintech pioneers who led the development of Yahoo! Finance from scratch. With them on board, we’re extremely excited about the growth potential,” Globa said. 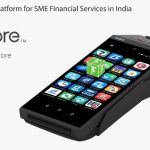 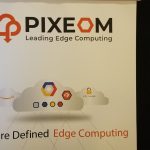