The deal for Viva Republica, Toss’s parent company, comes just over a year after it raised $48 million from payment giant PayPal and others. There’s no disclosed valuation for this newest round, but we do know that it is a ‘bridge’ intended to bring new investors in and help accelerate the business for a large raise further down the line. (It is also the first Korean investment for both GIC and Sequoia China.)

Not that the business seems to need much more impetus for acceleration, growth is already strong. Viva Republica says that Toss’s registered user base has doubled over the past year to each eight million consumers, while it claims the app is processing $1.4 billion in transaction volume per month. The company forecasts that its annual transaction run rate will surpass $18 billion.

Back in 2017 when we reported on the PayPal -backed round, founder and CEO SG Lee — a dentist until he saw the potential for a mobile payment service — told us that Toss had begun to introduce additional services beyond peer-to-peer payments. That’s included consumer financing products, like loans, micro-insurance and cross-border payments.

Toss doesn’t have Korea to itself, its main rival is Kakao, the country’s most popular messaging app. In recent times Kakao, a $7 billion company, had opened business units in a range of industries including ride-hailing, content and payment. Its Kakao Pay business is backed by Alibaba, and it plugs into Kakao the chat app to allow peer-to-peer transfers with other consumer finance services.

Lee, the Viva Republica CEO, previously said he doesn’t fear Kakao since in his mind it is creating a b2b business while Toss is focused wholly on the consumer experience. Now it has a couple more seasoned backers in its corner too, courtesy of this new investment. 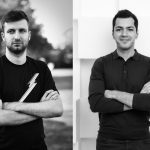