Toast, the restaurant management platform, has raised $250M at a $2.7B valuation

Restaurant sales hit $825 billion last year in the US, but with margins averaging at only three to five percent per business, they’re always looking for an edge on efficiency and just generally running things in a smarter way. Now, a startup called Toast, which has built a popular platform for restaurant management, has closed a hefty round of funding to double down on that opportunity to do that.

The company has raised $250 million on a valuation of $2.7 billion, money that it will use to invest in building technology to help restaurants with marketing, recruitment and operational efficiency, as well as start to think about expanding to more territories outside the US.

The basics of the funding were flagged earlier today by Prime Unicorn Index and we reached out to the company to confirm. It is being led by TCV and Tiger Global Management, with participation from Bessemer Venture Partners and T. Rowe Price Associates funds and other existing investors.

This Series E is a big bump up for the company: in its previous round in July 2018, the company was valued at $1.4 billion — partly the result of strong growth at the company. While it’s not disclosing revenue numbers or whether it is yet profitable, Toast currently serves tens of thousands of businesses — covering a range of sizes from independent venues to smaller chains — and in the last year tallied up transactions in the tens of billions of dollars, seeing growth of some 148 percent in its revenues, according to CFO Tim Barash.

The restaurant business represents a big opportunity for e-commerce companies, but there have been some notable stumbles where ambitions have not been met with success. Groupon, which spent several years acquiring and organically building a point of sale and restaurant management business, first drastically cut down and then finally called it quits and sold off its efforts, called Breadcrumb, in 2016. Amazon also pulled out of point of sale services (aimed at more than restaurants) and has in certain regions also pulled back on other restaurant efforts like its order management and delivery platform in certain regions.

Barash said in an interview that he thinks the key to why Toast has steadily grown its business through all that is because a large proportion of its own employees — some 70 percent — have worked in the food service industry themselves.

“I was first a busboy, and then I worked in pizza delivery for years,” he said. “Seventy percent of our employees have worked at restaurants, including those in our product leadership, and that helps us understand the problem.”

Restaurants, as Barash points out, are complicated. “They are essentially manufacturers and retailers at the same time, all in one small physical footprint,” and so the key to building products for them is to understand that and the challenges they face in building and running those businesses.

And that’s before you consider the many other factors that can make restaurants a dicey game, from changing cuisine tastes, to changing eating habits — many get food delivered today — to the precariousness of the commercial real estate market and so much more.

The aim of Toast is to build tools to apply data science and orderly IT processes to address whichever of those variables that can be controlled by the restaurant.

Today, Toast’s products include point of sale services as well as reporting and analytics; display systems for kitchens; online ordering and delivery interfaces; and loyalty programs. It also builds its own hardware, which includes handheld order pads, payment and ordering terminals, self-service kiosks, and displays for guests. It also offers links through to a network of some 100 partners, such as Grubhub for takeout food, when a restaurant does not cover those services or functions directly, to help stitch together services to work on its platform. 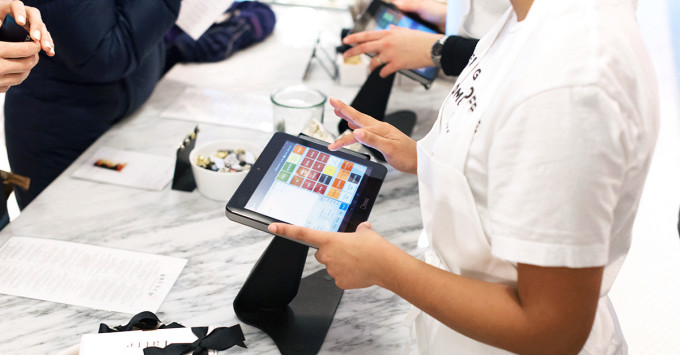 Tomorrow, the plan is to use the funding to enhance all of those with more advanced features that speak to some of the bigger issues and concerns Barash said its customers are voicing today.

That will include better and more services aimed at guest engagement and retention; better ways to recruit and keep people in an industry that has a high turnover of employees; and of course more tools to address how efficiently a business is operating to make it more profitable. The company has committed some $1 billion in the next five years to R&D to build more hardware and software.

Having access to this kind of tech and platform is a big deal especially for independently owned places that hope to compete against bigger chains without having to compromise on their core competency: making unique and delicious food.

In the meantime, Barash said that while Toast itself is no stranger to approaches from larger players itself — he declined to say who but said many who have ambitions to do more business with the restaurant industry had approached it over the years — the company’s long term vision is to grow bigger and remain its own boss.

It’s an ambition that has hit the spot with investors that have an appetite for high growth businesses.

“At TCV, we invest in companies that have the potential to reshape entire industries. By providing restaurants of all sizes with access to innovative technology, Toast is leveling the playing field and leading the industry’s transition to the cloud,” said David Yuan, general partner at TCV, in a statement, who is joining the board with this round. “Our investment will enable Toast to extend their platform beyond point-of-sale and guest-facing technology, and in doing so, create a powerful SaaS platform with a superlative business model. We’re excited to partner with Toast as they accelerate the growth of the community they serve.” 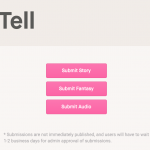 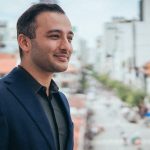