Venture capitalists aren’t supposed to make their portfolio companies battle to the death. There’s a long-standing but unofficial rule that investors shouldn’t fund multiple competitors in the same space. Conflicts of interest could arise, information about one startup’s strategy could be improperly shared with the other, and the companies could become suspicious of advice provided by their investors. That leads to problems down the line for VCs, as founders may avoid them if they fear the firm might fund their rival down the line.

SoftBank shatters that norm with its juggernaut $100 billion Vision Fund plus its Innovation Fund. The investor hasn’t been shy about funding multiple sides of the same fight.

The problem is that SoftBank’s power distorts the market dynamics. Startups might take exploitative deals from the firm under the threat that they’ll be outspent whoever is willing to take the term sheet. That can hurt employees, especially ones joining later, who might have a reduced chance for a meaningful exit. SoftBank could advocate for mergers, acquisitions, or product differentiation that boost its odds of reaping a fortune at the expense of the startups’ potential. 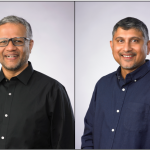 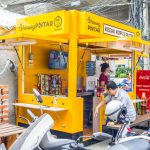