Jitta, a Bangkok-based fintech startup, has announced a $6.5 million Series A round as it prepares to launch an investment fund for consumers in what would be a first for the Thai market.

The deal is one of the largest Series A in Thailand for some time and it was led by Beacon Venture Capital, the $30 million fund attached to Thailand’s Kasikorn Bank. Beacon picked up the majority of the capital but an existing angel investor, whose identity was not disclosed, also took part. Kasikorn and Jitta are not actively collaborating at this point, but there is obviously the potential to do so in the future.

Founded in 2014, Jitta has developed a proprietary algorithm that helps to identify investment options on a range of stock markets that include the U.S., Thailand and other parts of Asia. The company started out offering a freemium intelligence product that allowed professional, or at least serious, investors tap its technology to find undervalued stocks or investments that are poised for growth.

To do that, it uses an algorithm that analyses a range of factors that include earnings reports and business analysis to create a ranking on how under-valued a stock is. Human analysts check over the computer-generated result to ensure against anomalies or outliers. The company is anchored around Warren Buffett’s “wonderful company at a fair price” thesis.

The recommendations engine, which is boosted by intelligence reports penned by in-house analysts, helped Jitta to gain a core base of paying users in Thailand, Singapore and the U.S., CEO and co-founder Trawut Luangsomboon told TechCrunch in an interview, but it struggled to appeal to paying users outside of serious traders. Confident in the company’s ability to perform — Luangsomboon said Jitta has beaten the S&P and other indicators using predictions on past data — it stopped offering a paid-for subscription for the intelligence service and began trialing a wealth fund in partnership with an asset management firm.

The thinking behind the fund — Jitta Wealth — is to offer a passive investment option to users who have don’t have the time or confidence to invest by themselves. Instead, they simply put money into Jitta Wealth and let the company worrying about making money. Jitta’s pricing means it is incentivized to do just that. Customers will be charged a 0.5 percent management fee and, at the end of the year, Jitta will take a 10 percent cut of their profit.

Those fees are lower than most funds and based on success, such is the company’s confidence in its algorithm and expertise. The fund will offer exposure to stocks in the U.S., Thailand and frontier market Vietnam which together represent different levels of risk and reward, Jitta’s CEO explained.

Jitta is awaiting SEC approval to launch the service, but Luangsomboon is confident that it will go live in Q2. Already, he said, it has a waitlist of some 20,000 people.

The company is sticking to Thailand right now, but its stock analysis product — which covers 16 countries — is likely to be expanded into new markets this year, with India and Singapore on the horizon. Luangsomboon told TechCrunch that the expansions will be carried out in conjunction with local partners in both countries. Further down the line, the company will look to develop overseas funds once it feels it has built a local reputation among trading professionals and proven its technology. That’s likely to be something in the region of one to two years away.

International expansion aside, Jitta plans to use its new capital to increase its headcount of 25 right now. In particular, it is looking for engineers to refine its algorithms and tech, as well as business development and sales hires. 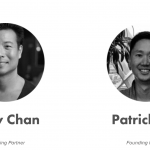 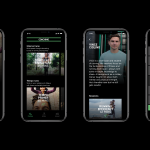