Tencent Music sued by investor ahead of $1.2 billion US IPO

China’s largest music streaming service has had a whirlwind year. With 800 million monthly users across multiple apps and a profitable business, Tencent Music Entertainment is gearing up for one of this year’s most anticipated initial public offerings in the US. But the firm has landed in hot water in the months leading up to its first-time shares sale.

Han has filed a motion for discovery in the US seeking information from Deutsche Bank AG, JPMorgan Chase & Co., Bank of America Corp. and other underwriters for TME’s IPO that the investor plans to use in an arbitration underway in China. The investor is requesting TME co-president Guomin Xie Guo and other parties involved to return percentages of his equity stakes in the music vehicle and compensate him for economic losses.

Han claims that he invested an equivalent of $26 million in Ocean Music in 2012 after Xie’s repeated invitation. Xie first touted Ocean Music on the promise that the music company would turn a profit the following year and go public in three years, but he later informed Guo that the business was failing and threatened him to sell his shares, according to a statement from Guo’s legal advisor. The investor eventually sold his shares “under duress.”

The fraud allegation arrived two months after TME reportedly delayed its IPO due to weakening stock markets around the world. The music giant has resumed the process and filled with the US Securities and Exchange Commission on December 3. According to its prospectus, TME plans to raise up to $1.23 billion with a listed price between $13 to $15 per share.

TME is now in a quiet period where federal rules limit what the company can say in public ahead of its IPO, which Bloomberg reported is set to begin taking orders on December 12.

Unlike its money-losing western counterparts Spotify, TME is profitable thanks to a flourishing social business. For example, WeSing users can send virtual gifts to reward content creators, from which TME takes a commission. On the other hand, only 3.6 percent of TME’s users are paying subscribers as of the second quarter, part of a result of China’s rampant online piracy issue. The rate is much lower compared to other music services around the world but TME says in the prospectus that it expects revenue from paid subscriptions to increase over time. 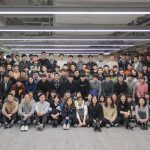