The Australian scene industry has, in the last few years, started to generate a swathe of startups that have broken through internationally. Prior to this current era, Australia was scene has very much a local market in tech terms, with only occasional breakouts, like Atlassian . In fact, it’s now gaining a reputation as a serial producer of high-quality tech platforms, the hottest of which right now is Canva, which recently raised an additional $85 million to bring its valuation to $3.2 billion, up from $2.5 billion in May. Investors in the company include Bond, General Catalyst, Bessemer Venture Partners, Blackbird and Sequoia China. Notably, Sydney-based AirTree Ventures also invested early.

So that momentum is further confirmed by the news that Airtree has closed its 3rd fund of $275m. This new fund comes after AirTree’s $250m fund in 2016 and a $60m fund in 2014. You can clearly see the buildup in these numbers.

John Henderson, Partner said: “The interest from investors in our fund is a stunning reflection on the performance of the entrepreneurs we’ve been lucky enough to back. We were humbled by overwhelming demand, but felt it was the right thing for our investors to maintain discipline and a consistent fund size across vintages.”

Australian venture capital was less than fashionable after the dotcom boom and bust, and local institutional capital in Australia and New Zealand all but disappeared, hence why we saw so few startups form the region.

AirTree’s $60m fund in 2014, broke that drought and Australia now boasts over 50 tech startups valued at $100 million, 14 over $500 million and produces one ‘unicorn’ per year on average.

Airtree can invest as little as $200k, but now has the firepower to own the pipeline all the way up the investment stack.

Craig Blair, Managing Partner commented: “As ex-founders, we have experienced the tough, lonely road ourselves. This empathy with the founder journey helps us focus on when to provide support and when to get out of the way. In our next fund, we’ll be expanding our suite of services and our network of connections, all designed to give our founders an unfair advantage.”

AirTree’s latest fund is backed by six institutional investors from Australia including AustralianSuper, SunSuper and Statewide. The rest of the new fund comes from a range of successful entrepreneurs and family offices.

Henderson added: “An important portion of our portfolio is already in New Zealand and we remain very focused on supporting that market. We’ve been investing meaningful resources and funds in New Zealand since 2014 and we’ll have more Kiwi news to share soon.”

The fund raise follows news that AirTree portfolio company Property-tech start-up :Different has raised a second round of capital from AirTree, alongside Brisbane-based real estate fund PieLAB, as it expands into Queensland. 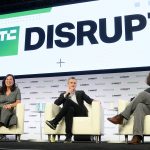