For Days, a clothing startup that wants to reduce the enormous amount of textile waste created annually, announced today that it has raised a $2.8 million seed round led by Rosecliff Ventures joined by Collaborative Fund, with participation from Congruent Ventures, Third Prime Capital, Closed Loop Ventures, Bleu Capital, Gramercy Fund, and Ride Ventures. For Days’ makes its clothing with a closed-loop manufacturing and recycling process enabled by a T-shirt membership programs that allows customers to mail back worn shirts for recycling in exchange for new ones.

While there is a growing roster of brands focused on quality, sustainable clothing, including Everlane and Alternative Apparel (and a growing community of DIYers who want to reduce their environmental and social impact by making their own clothes), a lot of wardrobe basics, like T-shirts, socks, and underwear, need to be replaced more frequently than jacket, sweaters, or jeans.

CEO Kristy Caylor, who co-founded For Days with Mary Saunders, worked at Gap and Band of Outsiders before helping launch sustainable clothing brand Maiyet. One of the reasons For Days decided to start with T-shirts (it plans to launch more product categories early next year) is “because they are one of the most historically iconic items of clothing and span generation, gender, and culture,” Caylor told TechCrunch in an email. “But ultimately, For Days is a platform for circular consumption. We will expand as far as we can innovate on materials, manufacturing and up-cycling and welcome partnerships and collaboration as we grow.” 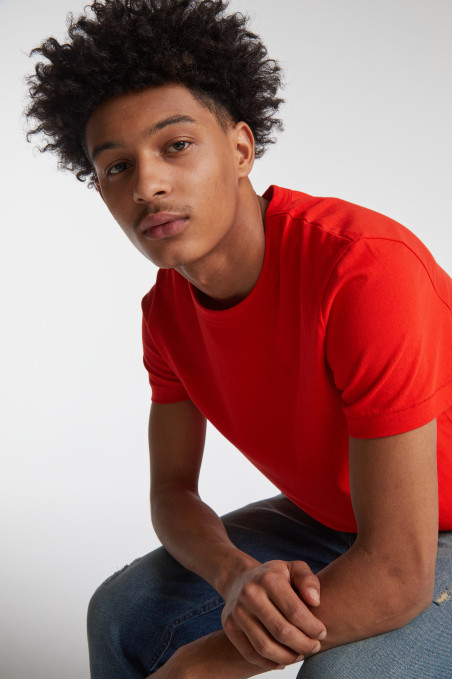 Sustainable clothing brands like For Days are trying to solve a serious problem. According to the Environmental Protection Agency, more than 15 million tons of textile waste is generated annually in the United States and Americans on average throw away about 80 pounds of used clothing per person each year. Even if they are diligent about donating their clothes, most of it ends up in the landfill anyway. In 2015, the EPA reported that of the 16 million tons of textile waste generated that year, only 2.45 million tons were recycled, while 10.53 million tons were thrown away. One reason textile recycling is not more widespread may be because the process of turning old material into new, usable textiles is still complicated, especially for blended fabrics like cotton/polyester.

To keep more items from ending up in landfills, For Days created a manufacturing and recycling program that gives it control over almost every part of an item’s lifespan. Its T-shirts are made in its Los Angeles factory from USA-grown organic cotton and sold to customers through an annual membership program that costs $38 for one T-shirt, $108 for three, $210 for six, and $340 for 10.

All levels include free shipping and unlimited “refreshes” for $8 per T-shirt, which means customers can send back their used For Days clothing in a prepaid mailer in exchange for any item on its site. The company says the average lifespan of one of its T-shirts depends on the style, but it’s members have been exchanging items every three to six months.

For Days recycles the used shirts by breaking it down into pulp, which is then blended with fresh organic fiber, and spun into yarn that the company says has a 70/30 blend of new and recycled fibers. That yarn is then used to make new For Days clothing.

The company launched its membership program in May 2018 to a waitlist before opening it to the public in September. While For Days isn’t disclosing specific user numbers yet, Caylor says its been growing by double digits monthly. For Days claims it has moved 1,500 pounds of clothing through its closed-loop system, keeping them away from landfills, and saved more than 235,000 gallons of water and 2,400 pounds of CO2 by making their shirts out of 100 percent GOTS (Global Organic Textile Standard)-certified organic cotton.

In a press statement, Collaborative Fund managing director Taylor Greene said “Collaborative Fund began with a thesis that a sharing economy would emerge to monetize underutilized assets and ensure more efficient and sustainable consumption of resources. So far, most companies have sought to either innovate on the materials or the business model, but few have successfully combined the two. Now, more than ever, we need businesses like For Days to exist and we couldn’t be more excited to join Kristy, Mary and their team on this journey.”

In 2019, For Days has plans to design its own factory in Hawthorne, Ca and launch a zero-waste manufacturing initiative that will be built around renewable energy and water reclamation programs and biomimicry, a process that uses technology to imitate systems and materials found in nature and is being used by researchers to create more sustainable textiles and dyes. 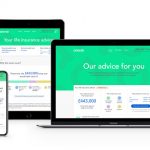