Sumo Logic, a mature security event management startup with a valuation over $1 billion, announced today that it has acquired JASK, a security operations startup that raised almost $40 million. The companies did not share the terms of the deal.

Sumo’s CEO Ramin Sayer, says that the combined companies give customers a complete security solution. Sumo offers what’s known in industry parlance as a security information and event management (SIEM) tool, while JASK provides a security operations center or SOC (pronounced “sock“). Both are focused on securing workloads in a cloud native environment and can work in tandem.

Sayer says that as companies shift workloads to the cloud they need to reevaluate their security tools. “The interesting thing about the market today is that the traditional enterprises are much more aggressively taking a security-first posture as they start to plan for new workloads in the cloud, let alone workloads that they are migrating. Part of that requires them to evaluate their tools, teams, and more importantly a lot of their processes that they’ve built in and around their legacy systems as well as their SOC,” he said.

He says that combining the two organizations helps customers moving to the cloud automate a lot of their security requirements, something that’s increasingly important due to the lack of highly skilled security personnel. That means the more that software can do, the better.

“We see a lot of dysfunction in the marketplace and the whole movement towards automation really compliments and supplements the gap that we have in the workforce, particularly in terms of security folks. This what JASK has been trying to do for four plus years, and it’s what Sumo has been trying to do for nearly 10 years in terms of using various algorithms and machine learning techniques to suppress a lot of false alerts, triage the process and help drive efficiency and more automation,” he said.

JASK CEO and co-founder Greg Martin says the shift to the cloud has also precipitated two major changes in the security space that have driven this growing need for security automation. “The perimeter is disappearing and that fundamentally changes how we have to perform cyber security. The second is that the footprint of threats and data are so large now that security operations is no longer a human scalable problem” he said. Echoing Sayer, he says that requires a much higher level of automation.

JASK was founded in 2015, raising $39 million, according to Crunchbase data. Investors included Battery Ventures, Dell Technologies Capital, TenEleven Ventures and Kleiner Perkins. Its last round was a $25 million Series B led by Kleiner in June 2018.

Deepak Jeevankumar, managing director at Dell Technologies Capital, whose company was part of JASK’s Series A investment and who invests frequently in security startups, sees  the two companies joining forces as a strong combination.

“Sumo Logic and JASK have the same mission to disrupt today’s security industry which suffers from legacy security tools, siloed teams and alert fatigue. Both companies are pioneers in cloud-native security and share the same maniacal customer focus. Sumo Logic is therefore a great culture and product fit for JASK to continue its journey,” Jeevankumer told TechCrunch.

Sumo has raised $345 million, according to the company. It was valued at over $1 billion in its most recent funding round last May when it raised $110 million.

CRN first reported that this deal was in the works in an article on October 22nd. 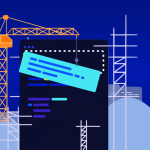