Venture capitalists often mutter, “I haven’t seen anything I like lately”. Founders frequently complain that “investors are back-seat drivers who won’t get their hands dirty.” A $55 million fund with a fresh approach is aiming to address both those issues.

Steve Jang and Kanyi Maqubela are two exceedingly smart and sweet guys who couldn’t help but come up with ideas for startups. Jang co-founded music apps Imeem and Soundtracking, meanwhile serving as an early Uber advisor and angel investor in Coinbase. Maqubela worked in operations at career network Doostang (acquired by Universum Global) and solar startup One Block Off The Grid (acquired by NRG) before rising to general partner at Collaborative Fund.

Today the pair officially launch Kindred Ventures to form startups as well as fund them.

“We don’t want to wait for people to come around and solve the problems we think matter” says Jang. “We’d rather proactively assemble an amazing team to go tackle that problem” Maqubela follows up. But Kindred Ventures will also step up and lead seed rounds, then help startups orchestrate their follow-on fundraises. 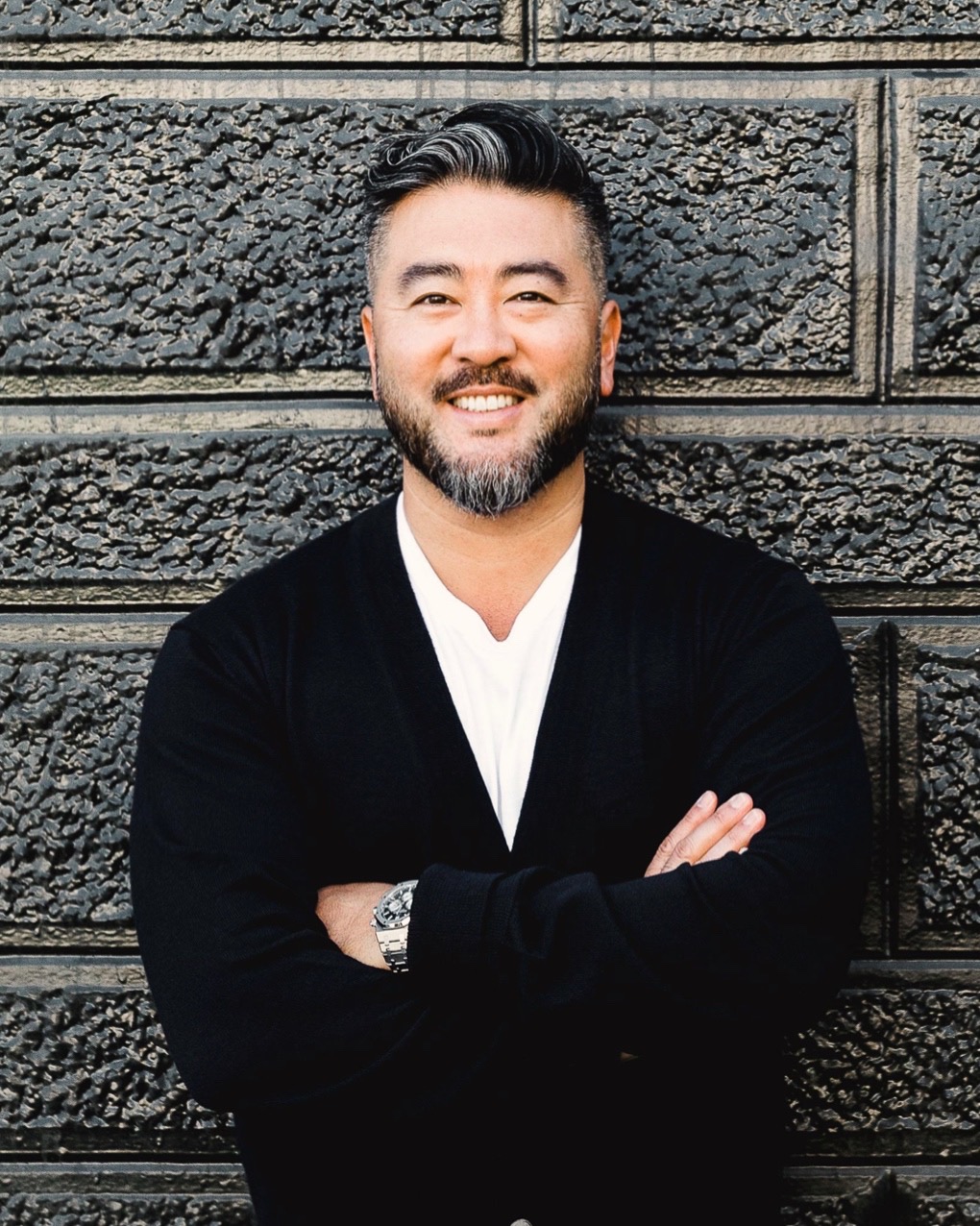 “The ethos is empathy — to take a very adaptive coaching and mentorship model” Jang tells me. That means partnering with startups, not merely offering arms-length investing. By keeping the portfolio size low, Jang and Maqubela plan to turn concentrated conviction and outsized, hands-on effort into big stakes in tomorrow’s top companies.

“I originally wanted to call the fund Kindred Spirits, but it sounds a little too woo-woo” Jang says with a laugh. From multiple interviews with the team and its portfolio, though, that’s really the vibe Kindred Ventures is going for — to be the first people founders call when they’re in crisis…whether they need answers or just some cheering up.

Beyond the warm smiles, Kindred already has a strong track record from its prototype phase under Jang’s solo operation since 2014. He’d made a reputation for himself as a fixer through his advising work during Uber’s scrappy early years starting in 2009. It began with Jang writing Garrett Camp a check for his side-project. As the company blossomed without full-time employees, Jang pitched in wherever he could.

After Imeem’s sale to Myspace and later Soundtracking’s acquisition by Rhapsody, Jang made about 50 angel investments of around $25,000 to $250,000 in companies like Coinbase, Blue Bottle Coffee, Postmates, and Zymergen under the name Kindred Ventures. Instead of just throwing money around, “I’d help a co-founder — sit down and work with them on product, their presentation for seed funding, hiring their first employees, finding a co-founder — it was quite different from how VCs operate.” Still, he wanted to lead more investments like his favorite seed funds First Round and True Ventures while remaining a thick-or-thin squire to his startups.

But to pour that kind of sweat into the portfolio, Jang needed the help of someone who could dig deep and become an ally to founders in any vertical. He needed someone like Kanyi.

After his stints in operations, Maqubela went on to work at Collaborative Fund for seven years, rising to partner at the firm looking for the intersection of positive impact and profit. He tells me developed a thesis about “what does it mean to be a techno-optimist: to believe that technology is a amoral but can be oriented towards good.”

Maqubela’s super-power is learning. I knew him from Stanford and now the same reputation precedes him through his portfolio of angel investments like Earnest and Buffer. He’ll immerse himself in any topic or industry, read and call people until he truly gets it, and then wedge his entrepreneurial skillset into the cracks to firm up an idea. Still, relatively new to venture, Maqubela was seeking someone with a well-worn process for investing and a big heart for what founders go through. He was looking for Steve.

The coincidental co-investors became friends, then deliberately funded startups side by side, and now are taking the leap as Kindred Ventures. Together they want to redefine “What does it mean to invest at t=0?. What do they really need?” Maqubela says.

The plan is to fund about twenty-five companies through pre-seed and seed per fund, which they’ll raise every two to three years. Kindred is vertical agnostic, but it has a soft spot for the future of cities, work, and living. It also keen on marketplaces, material science, food innovation, deep tech, enterprise SAAS, and developer tools.

Jang and Maqubela are learning from each other day by day, at home and in the office. They’ve each got their own toddler son to juggle alongside Kindred. The added responsibility seems to make both of them conscious of how each minute counts.

So far Kindred Ventures has funded nine startups from its $55 million initial fund. It’s helped form two companies and hopes to do four to eight per fund. But Kindred won’t be taking founder-level equity in those. Instead it just wants the opportunity to lead the seed round and own 10% to 20% by the time of the Series A.

That makes Kindred Ventures distinct from most startup studios like Atomic that aim for bigger ~30% stakes. “The Studios are creating whole platform teams, services teams, only work on their own ideas, and own a considerable amount of equity” Jang notes. By leaving more shares for the real CEO, “We’d be able to work with a stronger profile of founders” while avoiding spending so much time per company that the model becomes unscalable.

Kindred’s two formations come from the disparate medicine and blockchain worlds. Maqubela became an expert in cardiology to help start Heartbeat, which does in-person and remote heart health diagnostics. “I have a clear bullshit meter for when non-healthtech people try to get into it” but Maqubela really figured it out, Heartbeat CEO Jeff Wessler, MD tells me.

On his experience with Kindred, “It’s ‘we’re there for you when you need us’ rather than ‘we’re there for you when we fund you and then we move on’” Wessler says. “Very quickly this evolved into Steve and Kanyi being my absolute numbers 1 and 2.” The investors gave Wessler entrepreneurship 101 coaching, provided Heartbeat’s first funding, and helped it build a team. With their help, the first-time founder has sidestepped common pitfalls and is already turning patients into customers.

Bitski, a blockchain app login platform, has quickly leveraged Kindred’s support with formation into big funding from top investors. “In the early days, Steve would be in the office with us, late night jamming on ideas around the evolution of the blockchain space, fundamental products that needed to exist, early use cases etc. There’s a lot of money available for seed stage projects, but it can be difficult to find an investor willing to grind with the team through the days of pre product-market fit.”

Bitski actually started as collaborative video production app Riff. But Jang and Maqubela’s advice helped it solidy a pivot into developer tools for decentralized apps. It’s since gone on to raise $3.5 million from SV Angel, Coinbase, Galaxy Digital, and the Winklevoss twins. “The collaborative tone of the relationship really stands out” says Dinch of Kindred. “Obviously, operating with a high-touch model can take more of the partners’ time, but we haven’t noticed any drop in availability or support.”

Plenty of funds talk a lot about getting their hands dirty. Often that means hiring big teams they can assign to help founders, though, while the partners focus elsewhere. With just two support staff, Jang and Maqubela don’t have that luxury. They’re in constant contact with their investments by WhatsApp, phone, and email to work through snags directly.

“They’re always super responsive” says Michael Karnjarnaaprakorn, co-founder of collectibles investing startup Otis that was backed by Kindred’s prototype fund. He cites three big value-adds. Strategy: “Anytime I’m thinking through a big decision, I call them to help me think through it” including fundraising and product launches. Network: “They have an extremely strong network and are usually one to two degrees away from anyone.” And “everything else”, from mentorship on founder psychology to company building.

Undertaking such intense involvement in their whole portfolio would likely surface concerns about a green VC. But “Steve has essentially been doing this for a decade or so not formalized, so I don’t see any reason it can’t work” says one of Kindred’s stealth startup founders Brian Norgard. “As companies begin to scale, my sense is they will be less effective because that’s a different game that’s more on the operations side. Still, I see a lot of value that can be created in the early innings.”

“Kindred had a sort of grit and passion for early stage founders and teams that we thought would give us an edge as we started to grow quickly” says health insurance company Catch’s co-founder Kristen Tyrrell. “They have been genuinely interested in our mental health. Having Steve fly in to take us to dinner and tell us we’re doing ok is surprisingly meaningful when you’re fighting on every side. “

Being high-touch and cooperative doesn’t mean becoming a push-over yes-man. “Founder empathy is not always founder friendly” says Maqubela. “It’s being able to disagree with founders, even very passionately, and still constructively working together. To be able to tell them they’re wrong but come out the other side.”

That means Kindred Ventures isn’t for every founder. Those who want their investors firmly belted in the backseat or locked in the trunk may want to look elsewhere for cash. Smart founders will take all the help they can get, and Kindred strives to give the most per dollar. Jang concludes that “The idea may come from them or come from us, but we want to back amazing founders on a mission. It’s scratching both itches for us.” 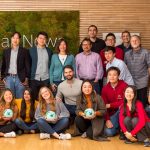 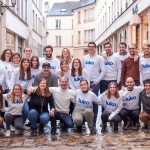