Snap40, a Scottish startup that has developed an AI-enabled wearable device to help health professionals monitor patients either on the hospital ward or at home, has raised $8 million in seed funding. The round is led by ADV, with participation from MMC Ventures, and brings total funding to $10 million.

Originally launched as a clinical pilot in August 2016, the Snap40 hardware and software platform initially set out to enable hospitals to monitor patients whose health is at risk of rapidly deteriorating while on ward, but has since expanded to increasingly focus on what happens after a patient is discharged, in addition to monitoring clinical trials.

Claiming to have the same accuracy as ICU monitoring, the wearable device captures oxygen saturation, respiration rate, pulse rate, temperature, movement and posture. In addition to onboard sensors, the Snap40 platform offers integrations with other devices e.g. a BP cuff, weighing scales, a glucose monitor. It then feeds this real-time data to the cloud where it is analysed by the company’s proprietary algorithms to identify if a patient’s health is at risk and alert a physician proactively.

In a call with Snap40 co-founder and CEO Christopher McCann he explained that where a patient has left hospital after an acute illness or has a long-term health condition, this can ultimately help to reduce hospital re-admission. In more extreme cases, it can also directly save lives.

Let’s take cardiac arrest, for example. McCann cites a report published by the U.K. National Confidential Enquiry into Patient Outcome and Death (NCEPOD) in 2012 that found physiological instability (e.g. elevation of respiration rate or a decrease in blood pressure) was present six hours prior to arrest in 62 percent of patients and twelve hours prior to arrest in 47 percent. Conversely, that instability had not been picked up on in 36 percent of cases where earlier recognition could have improved outcomes.

As another example, Sepsis, which McCann says is the number one cause of hospital readmission in the U.S., can be detected via an elevation in temperature, respiration rate or pulse rate and a drop in blood pressure or oxygen saturation. But in about 95 percent of patients in hospital, those measurements are only collected every 4 or 8 hours. And once the patient goes home, they are never collected.

“We give the physician access to both real-time and historical, trending data for the patient all on their mobile phone,” McCann says. “We wanted to create an experience where they could pull their phone out of their pocket and instantly pull up everything on a patient and allow them to see both acute changes e.g. now and long-term chronic changes over time”.

One interesting aspect of the Snap40 device is that it captures the rawest data possible (ie the actual waveforms), leaving the conversion of this data into tangible vital signs, such as respiration or pulse rate, to the company’s own software and machine learning models running in the cloud. This means that vital sign generation is easily upgradable as it is further refined and new correlations are derived from the large amount of historical data the company is amassing.

“We use non-invasive sensors to monitor the patient, transmitting the raw signal waveforms to our cloud platform, all of which we store for analysis,” says McCann. “We then use vital-sign specific machine learning models to generate each vital sign. Because we have the raw signal waveforms, this also means we can build and train new models and release new vital signs as software updates — this is quite like the Tesla model where they ship new software updates to their car that lets the car go faster”.

While Snap40’s use of machine learning/AI is currently limited to automating existing, repeatable well-defined tasks (e.g. the robust collection and generation of vital signs), moving forward the company wants to use AI to do things that aren’t humanly possible. For example, it is using historical data to build models that can predict patient deterioration based on what’s happened before across many thousands of patients.

McCann says the company is excited by the idea of being able to predict the likelihood of someone with lung disease developing an acute exacerbation of their condition. “If we can do this, with high sensitivity/specificity, then we can wrap this into a digital therapeutic, otherwise known as software as a drug… This is a whole new challenge, from a regulatory, technological and societal perspective”.

(A “digital therapeutic” is defined as software that is scientifically proven to provide some kind of positive change in someone’s health condition, either by seeking to modify the patient’s behaviour e.g. more exercise or more rest etc., or direct some other call to action, such as using a conventional device or drug in a specific way to elicit a measurable change.)

Meanwhile, Snap40 plans to use the new funding to more than double its headcount by the end of 2018, hiring in all areas of the business. The company has an office in New York and its headquarters are in Edinburgh, Scotland. Its target customer is mainly healthcare providers in the U.S., although the startup also works with NHS Trusts in England. 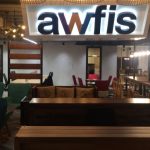