Slack has filed to go public via a direct listing. Similar to what Spotify did last year, this means that the company won’t have a traditional IPO, and will instead allow existing shareholders to sell their stock to investors.

The company’s S-1 filing says it plans to make $100 million worth of shares available, but that’s probably a placeholder figure.

The company attributes these losses to its decision “to invest in growing our business to capitalize on our market opportunity,” and notes that they’re shrinking as a percentage of revenue.

In the filing, the company says the Slack team created the product to meet its own collaboration needs.

“Since our public launch in 2014, it has become apparent that organizations worldwide have similar needs, and are now finding the solution with Slack,” it says. “Our growth is largely due to word-of-mouth recommendations. Slack usage inside organizations of all kinds is typically initially driven bottoms-up, by end users. Despite this, we (and the rest of the world) still have a hard time explaining Slack. It’s been called an operating system for teams, a hub for collaboration, a connective tissue across the organization, and much else. Fundamentally, it is a new layer of the business technology stack in a category that is still being defined.”

The company suggests that the total market opportunity for Slack and other makers of workplace collaboration software is $28 billion, and it plans to grow through strategies like expanding its footprint within organizations already using Slack, investing in more enterprise features, expanding internationally and growing the developer ecosystem.

The risk factors mentioned in the filing sound pretty boilerplate and/or similar to other Internet companies going public, like the aforementioned net losses and the fact that its current growth rate might not be sustainable, as well as new compliance risks under Europe’s GDPR.

Slack has previously raised a total of $1.2 billion in funding, according to Crunchbase, from investors including Accel, Andreessen Horowitz, Social Capital, SoftBank, Google Ventures and Kleiner Perkins. 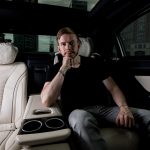